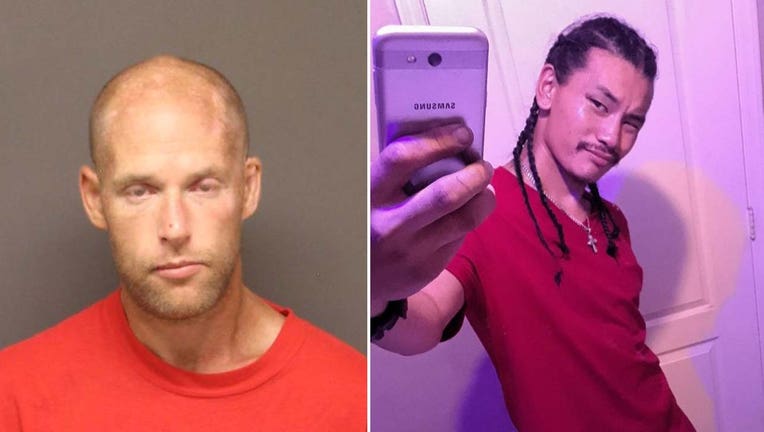 GOLDEN VALLEY, Ariz. - Two suspects were arrested in connection to a double shooting in Golden Valley that left one man dead.

The Mohave County Sheriff's Office says deputies responded just after 12:30 p.m. on July 24 to a desert area and found two people who had been shot.

Both victims were taken to a Kingman hospital. One of the victims, identified as 33-year-old Michael Walker, died at the hospital from a gunshot wound to the chest. The second victim, who has not been identified, was shot in the hand and is recovering.

Investigators say the shooting actually happened at a home near Colorado Road and diabase Drive when the victims and two suspects were involved in a confrontation.

"The two subjects allegedly attempted to gain access into a bedroom, at which time a single gunshot was fired at the two from within the bedroom," the sheriff's office said in a news release.

After the shooting, the victims were moved to the remote desert location where they were later found by first responders.

Later that day, detectives arrested 37-year-old Phillip Carey in connection to the shooting.

"Through the course of the investigation, Carey was found to have attempted to clean the shooting scene and hide evidence related to the shooting," the sheriff's department added.

Carey was booked into jail and is accused of tampering with evidence.

The suspected gunman, identified as 28-year-old Jeffrey Byung Hwi Glinos, was arrested on Wednesday by U.S. Marshals near El Mirage and Bell Roads in Surprise.