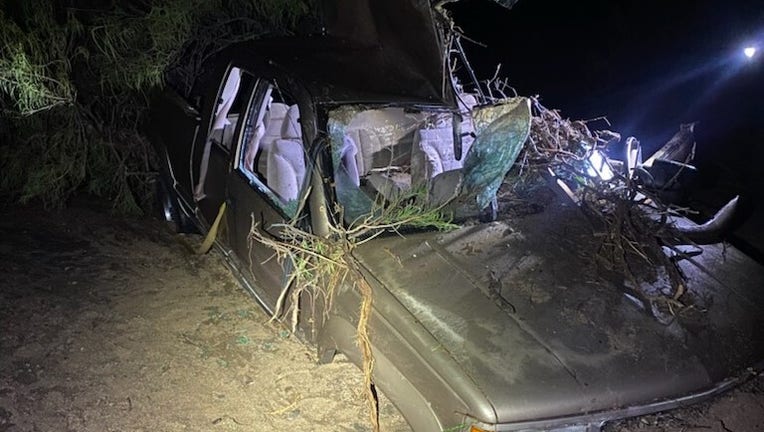 A truck was found submerged in a wash after Wednesday's storms in Mohave County. (Mohave County Sheriff's Office)

KINGMAN, Ariz. - The Mohave County Sheriff's Office is investigating after a Kingman man's body was found inside a vehicle stuck in a wash on Aug. 3.

A witness had been driving near Blake Ranch and Stephan roads east of Kingman when he reportedly saw a car stranded in a wash, 40 yards away from the nearest roadway.

"He reported that the area had received heavy rain a few hours prior to finding the vehicle," deputies said.

When deputies arrived that evening, they found a GMC truck submerged in sand and the body of 64-year-old Steven Tucker inside.

No information was released about the cause of death.

"We would like to remind everyone that crossing a flooded roadway is extremely dangerous and sometimes deadly," officials said. "It is NEVER safe to drive or walk into flood waters."

Just two days earlier, a body was found in an overturned truck that had been swept away by floodwaters in Golden Valley.