FOX 10's Justin Lum has the latest after Chandler Police submitted an investigation into Lori Vallow regarding the death of Charles Vallow.

PHOENIX - Chandler Police submitted an investigation into Lori Vallow regarding the death of Charles Vallow to the Maricopa County Attorney's Office on April 1.

The charge is conspiracy to commit first degree murder.

The charging decision will be up to MCAO and a formal charge could come one of two ways: direct complaint leading to a preliminary hearing, or a grand jury indictment.

The homicide investigation began in July 2019. Lori Vallow moved her kids JJ and Tylee to Rexburg, Idaho not long after. The shooter in this case is her brother, who has been dead for more than a year.

His cousins, Tylee and JJ, felt like siblings. He was also close to Lori's husband at the time, Charles.

"I think the ball was completely dropped when it happened," Cox said.

On July 11, 2019, Lori's brother Alex Cox called 911 after shooting Charles in the chest twice at their home in Chandler. He told officers that Charles hit him in the head with a baseball bat during a fight.

Cox says he didn't find out about the shooting until a few days later, when he noticed Tylee crying.

"I can just tell that she wanted to say something to me," Cox said.

Just months prior, Charles had asked Gilbert Police for help regarding the mental health of his wife.

"She said, 'You're not Charles, I don't know who you are, what you did with Charles, but I can murder you with my powers," Charles told police.

The late husband told Gilbert Police that Lori had lost her mind.

"I should have done more back then," Cox said. "Everyone in the family hated Charles. No one was talking to him, answering his calls."

Cox said that as early as 2017, Lori - a devout member of the Mormon Church - was a big fan of doomsday fictional author Chad Daybell, who lived in Idaho.

He filed for divorce in February 2019, saying Lori believed she was a translated being preparing for the second coming of Jesus Christ. By summer, Zac says Charles asked for help to record Lori making these statements for her bishop to hear.

"Charles thought if he could get her ex-communicated from the church, she wouldn't be able to go to the temple anymore - she loved going to the temple - and she'd snap out of it, and obviously no one in the family would help," Cox said.

Fast forward to 2019, when Lori's former husband was shot and killed by Alex Cox.  Zac and other family members found out about the shooting on the news.

Zac says he never bought the self-defense claim and wishes he spoke to Tylee about what happened.

"She started walking towards me, and my grandma kind of guided her shoulders and walked her out, and that was the last time I saw Tylee."

Charles feared for his life and predicted his demise from the day he stepped in our office and said, "If anything happens to me, it was Lori and her brother Alex who did it.

Lori is also accused of conspiring with her current husband, Chad Daybell, to kill his first wife, Tammy. Lori's brother is named several times in the indictment as a co-conspirator - but he's dead, too.

"Every day we were scared Al was gonna come kill us," Zac Cox said. "We really were."

A judge signed an order to place a pause on the Vallow case after a psychological evaluation determined that at this time, she is not fit to stand trial.

"Assessment determined that at this time, the defendant is not competent to proceed and recommends restorative treatment."

Prosecutors plan to contest the findings in a future hearing.

For the first time, we see and hear from Charles Vallow, the former husband of Lori Vallow, who accuses the now jailed Lori of having 'lost her mind.'

Lori Vallow’s son Colby Ryan says his mom took the people he loved away. He opens up to FOX 10's Justin Lum about new murder charges and what Vallow said the last time they spoke when his siblings JJ & Tylee were found dead.

Full interview with JJ Vallow's grandparents, who say they're hoping for the death penalty

Chad Daybell and Lori Vallow appeared in court for the first time on May 26, a day after being indicted by an Idaho grand jury in the deaths of Vallow's two kids, JJ and Tylee - along with Daybell's previous wife.

Kay and Larry Woodcock, the grandparents of JJ Vallow, knew something was wrong when Lori Vallow abruptly moved out of Chandler in 2019.

Now, they say they're hoping for the death penalty for the pair.

"Absolutely yes. Yes. Absolutely," the grandparents said, in response to a question about whether prosecutors should pursue capital punishment.

The Woodcocks were in resounding agreement after prosecutors gave them the news they've been waiting a long time for.

Lori Vallow has been accused of killing her children, and so is her husband Chad Daybell, who has been charged with first-degree murder in the deaths of the children and his first wife, Tammy.

"The world just stopped and there wasn't a sound," said Kay Woodcock.

"That room got so quiet that you could have heard a spider cough," Larry Woodcock said.

Both defendants appeared in front of a judge Wednesday on Zoom. Daybell wore a red shirt and tie, and Vallow wore blue along with a mask. Her appearance was visibly different than last year.

Colby Ryan has not spoken to his mother in a long time, and he does not plan to in the near future.

"She took everything that she could away from all these different people," Ryan said. "Like I said, not just me. She stripped everybody away from other people."

Ryan is still coming to grips with the reality that his mother is now accused of killing his siblings, 7-year-old JJ Vallow and 16-year-old Tylee.

"She's out of her mind…I don't give a frick if you don't want to be a parent, I don't care what your purpose is, I don't care.. You don't go around and take everyone's life to get to where you need to go."

"I called her even after and tried to confront her, and she's still not going to sit there and even like even go with me and say, 'Yes, this happened,' " Ryan said.

Before the discovery, Vallow was already in jail on child desertion charges, and never told authorities the whereabouts of JJ and Tylee for several months.

"She's out of her mind…I don't give a frick if you don't want to be a parent, I don't care what your purpose is, I don't care," said Ryan. "You don't go around and take everyone's life to get to where you need to go."

Prosecutors believe Lori and Chad Daybell endorsed religious beliefs to encourage or justify the murders while conspiring to commit the crimes. 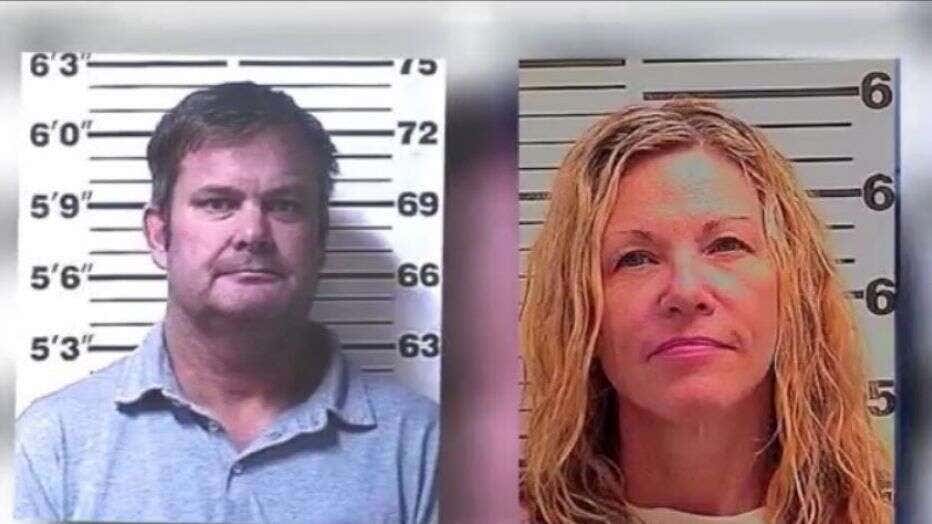 Rick Ross, the founder of the Cult Education Institute, has studied the nature of destructive cults for decades. He called Daybell a manipulative leader who preyed on Vallow.

"He convinces his followers - and that would be Lori Vallow, and there were others involved - that he, and he alone, is speaking as a prophet in this time and that everything hinges on him. Everything." said Ross. "Basically it rotates around him and he becomes an object of worship, and I believe that Lori Vallow was intentionally indoctrinated to accept him as an authority figure in her life."

For Ryan, what has transpired over the past two years is unexplainable. He feels anger toward his mother, but now his focus is solely on justice for JJ and Tylee.

"I miss them every single day, like there's never a day I'm not thinking about them," Ryan said.

Authorities found JJ and Tylee's remains in Chad Daybell's backyard last June after the kids were missing for nine months.

Tammy's body was found in the Daybell home in October 2019.

Kay and Larry Woodcock believe this bizarre case comes down to greed and lust.

"Lori is not that stupid," Kay said. "I don't know Chad, but I don't think he's that stupid, so if you can tell me that the Lord is telling you to go increase your wife's life insurance so a month later she's dead - okay, that's greed."

"He knew what he was doing," Larry said. "They're not crazy."

Daybell's formal arraignment is scheduled for June 9, where he will enter a plea. That day is the anniversary of when JJ and Tylee's remains were discovered.

Meanwhile, Vallow's attorney motioned for her initial appearance to be continued.

Couple charged with murder of kids in strange doomsday case

A special prosecutor has announced that a grand jury has indicted Chad Daybell and Lori Vallow in the deaths of JJ Vallow, Tylee Ryan, and Tammy Daybell. The disappearance of JJ and Tylee in late 2019 garnered national and international media attention. Their bodies were recovered in June 2020.

A special prosecutor announced a grand jury indictment of Chad Daybell and Lori Vallow in the deaths of JJ Vallow, Tylee Ryan, and Tammy Daybell.

"The unprecedented cooperation among law enforcement has been remarkable, and every person who has worked on this case is to be commended for their diligence and steadfast pursuit of the facts. The thousands of hours that have been invested into seeking the truth for these innocent victims must be recognized," said Rob Wood, who is the prosecutor for Idaho's Madison County.

Last June, both Chad and Lori were charged with two counts of conspiracy to conceal, alter, or destroy evidence. Chad had already been charged with concealing, destroying, or altering evidence after the remains of JJ and Tylee were found in his backyard on June 9, 2020.

This is a pivotal, highly anticipated development in the case as the victims’ families have waited nearly a year for murder charges. Remember - Lori’s kids went missing for nine months after she moved them from Chandler, Arizona to Rexburg, Idaho in fall 2019. 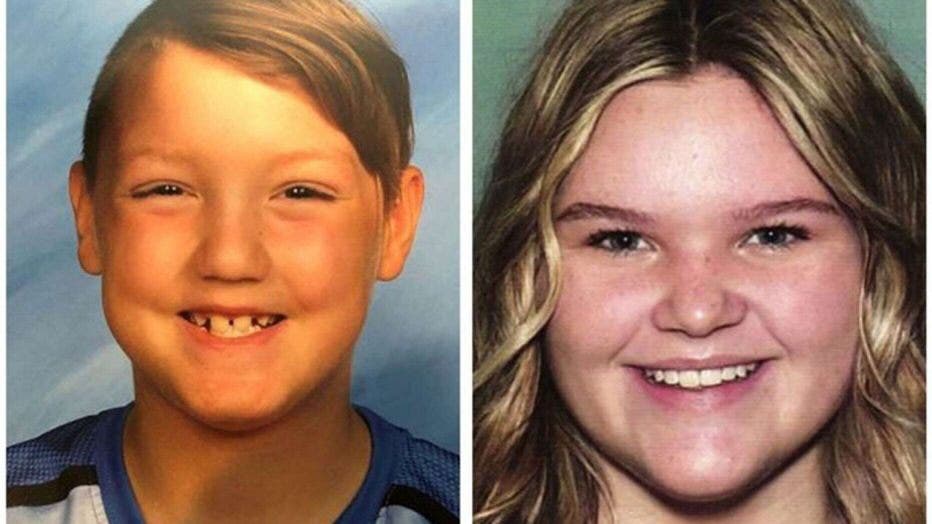 Another huge development in the indictment — is prosecuting Chad and Lori in the death of Chad’s first wife Tammy. The Fremont County Sheriff’s Office received her autopsy report from the Utah medical examiner on Feb. 3, 2021. She died on October 19, 2019 in the Daybell home. It was initially ruled a natural death before her body was exhumed from her grave in Utah on Dec. 11, 2019.

In April 2020, Fremont County former prosecutor requested for the Idaho Attorney General's Office to take over the investigation into Chad and Lori for conspiracy, attempted murder or murder in connection to Tammy’s death. In Feb. 2021, newly elected prosecutor Lindsey Blake resumed full responsibility.

The penalty for the most serious felonies range from life in prison without parole to the death penalty. Prosecutors have not officially decided if death penalty will be pursued in this case.

This news comes on the day of what would have been JJ Vallow’s 9th birthday.

"I'm celebrating today's news knowing that we still have a lot ahead of us, but it's just been a jolt of confidence that they can go after Chad and Lori for all of the deaths," said Tylee's aunt, Annie Cushing.

A statement from Tammy's parents and siblings reads, in part:

We pray that truth will prevail, and that all of us left behind will find a way to pick up the pieces and somehow come out of this crucible together.

The Associated Press and FOXNews.com contributed to this report.