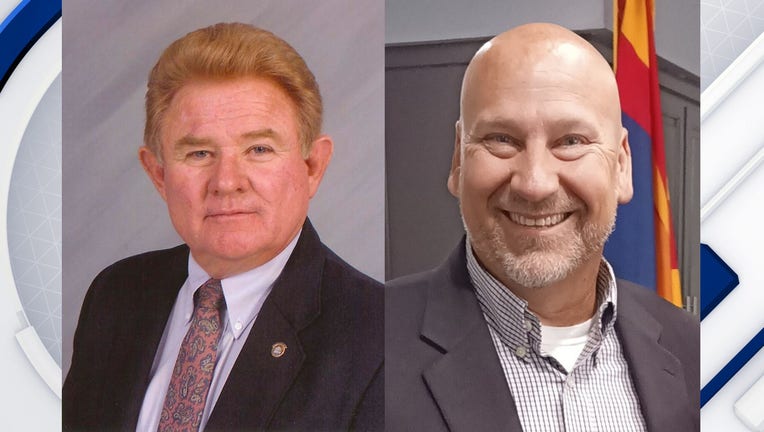 PHOENIX - The resignation of Arizona's long-serving elected mine inspector was announced Oct. 29 and Gov. Doug Ducey immediately named a replacement.

Joe Hart, 77, has been State Mine Inspector since first winning election in 2006. His resignation is effective Oct. 31. The Republican previously served 10 years in the Arizona House and served for two years as the speaker pro tem.

Hart said in his Oct. 25 letter to Ducey that stepping down midway through his fourth four-year term was a difficult decision he made "with a heavy heart."

"As a fourth generation Arizona miner, the profession of mining has long been a personal passion. It is an industry so fundamental to the success and progress of Arizona's past, present and future," Hart wrote. "However, the time has come for my wife Rhonda and I to focus our undivided attention on our health and our family."

Arizona is the only state with an elected mine inspector. The mine inspector’s top role is to ensure safety in the state’s mines.

"Joe has been a stalwart of state government, serving in the Arizona Legislature for a decade before his election as Mine Inspector in 2006," Ducey said in a statement. "He’s played an important role in overseeing the safety and regulations of Arizona’s mines — and I thank him for his many years of service."

Ducey appointed Paul Marsh, who has 25 years' experience in the mining industry, to the post. Marsh has been operations manager for the Phoenix Ready Mix division of CalPortland Co. since 2018 and was previously the company's southwest region director of safety for seven years.

Mining is a major Arizona industry and the state leads the nation in copper production. The mine inspector is responsible for overseeing the safety and overall condition of mines to ensure worker and public safety. The office also oversees an abandoned mine program that helps identify and ensure the safety of mine shafts and sites and close them to public access.

Hart is a lifetime resident of Kingman who with his wife owns several radio stations serving the northern part of Arizona and the Grand Canyon. His biography on the mine inspector’s website says he a fourth generation Arizonan and he and his wife Rhonda have four daughters and 10 grandchildren. Hart worked in the mining industry for 20 years.

He closed his letter to Ducey by wishing continued blessings to the state of Arizona.

"For this cowboy, it was one heckava ride."