A Valley man is in big trouble, after police officials say he escaped from a patrol car in handcuffs. FOX 10's Justin Lum reports.

PHOENIX - A Valley man is in big trouble, after police officials say he escaped from a patrol car in handcuffs and ran from officers.

The man, however, didn't get very far.

This all happened Monday afternoon. Police say 20-year-old Christopher Navarro ran from an officer and into a woman's home.

On Friday, FOX 10's Justin Lum spoke with the woman who lives in the area, in an off-camera interview.

The woman, who did not want to be identified, said she told Navarro to leave. Instead, Navarro hid in a crib.

"Everybody's like home and relaxed, and we don't expect all these things happen," said the woman.

The woman said she saw Navarro running through her neighborhood. Police say Navarro escaped from a cop car nearby, while in double-locked handcuffs. 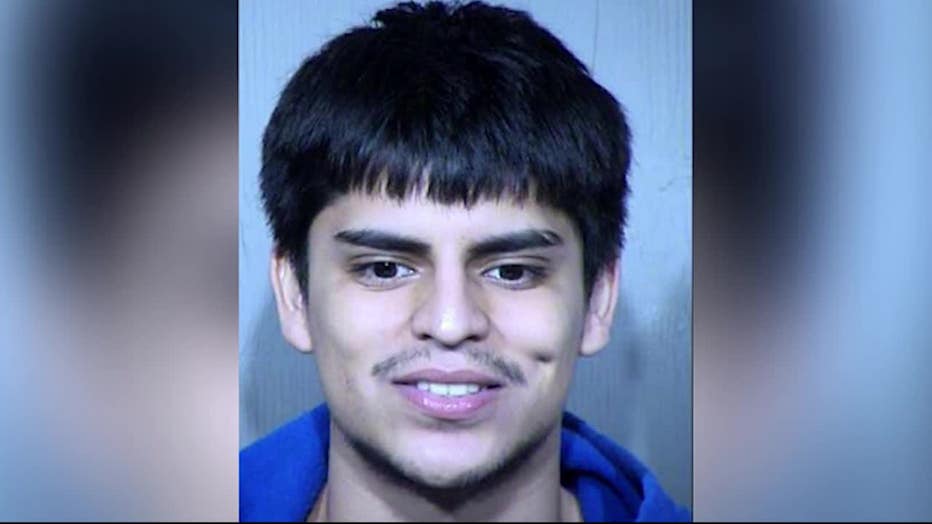 Court documents reveal Navarro reached out of the window railing, and opened the door. Then, Navarro ran north on south 69th Avenue, and went west on Fillmore before busting into the backdoor of a home.

"Yeah, they tried to get him," said the woman. "Whatever doors open. I think she had the door open, I think,"

Police say Navarro told the homeowner to help hide him. She said no.

"I see the police, and they say go inside go lock your doors," said the woman.

Officers and a police K-9 eventually found Navarro in a bedroom, inside a crib. Navarro was booked into jail, accused of burglary, escape and resisting arrest.

According to police, they first found Navarro getting out of a car with fictitious plates, which was the reason the chase began. One neighbor said this is unlike Navarro.

Navarro has a prior arrest record in 2018 for drug possession for sale.