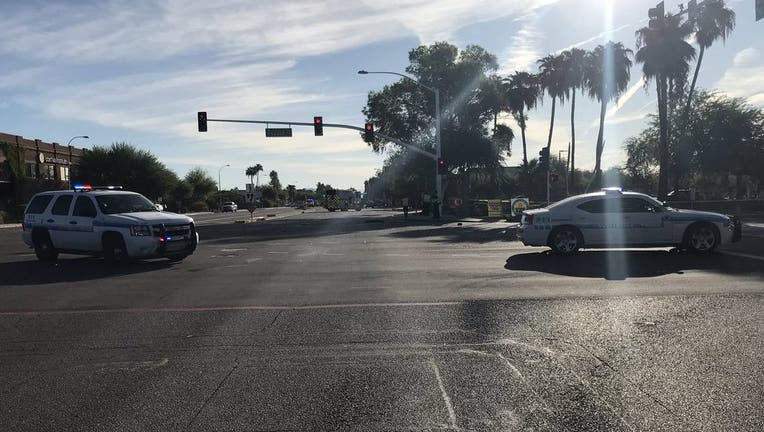 At 7:30 a.m., officers were called out to the scene after two cars crashed.

Police say 22-year-old Cameron Steck of Mesa was traveling eastbound at a high rate of speed and failed to stop for a red light. He collided with another car that was traveling southbound on a green light.

Both drivers were transported to the hospital where Steck was pronounced dead, according to police. The other driver has non-life threatening injuries.

The intersection is closed as authorities investigate. Drivers are urged to take alternate routes.

It is unknown if impairment is a factor.

No criminal charges are expected for the other driver.

The investigation is ongoing. Stay here for updates.