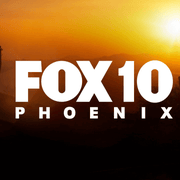 For a couple in Arizona, it was a match made in the a grocery store, as they first met each other, got engaged, and then tied the knots at the condiment aisle.

As families gather around the dinner table for Thanksgiving, a rabbi in the Phoenix area decided to take the meaning of Thanksgiving one step further, by inviting refugees from other parts of the world who have resettled in Phoenix to get together for a special dinner.

While there's been a cooling down of sorts recently, real estate experts say the average Arizona worker must devote 61 hours of their paycheck every month to afford rent, which is 20 more hours than five years ago.

Wayne Cerven and his son, Riley, have not seen each other for six years, but that is about to change, as they reunite in Arizona for an ironman event.

A school district west of Phoenix has agreed to move to a four-day school week after months of research and community feedback.

Flu season arrived early in the Phoenix area and because of it, there are some restrictions in place at Arizona's largest healthcare provider.

Waymo, a fully autonomous ride-hailing service is making its official debut for all riders in downtown Phoenix. FOX 10's Lindsey Ragas has the story.

Dejanae Rodgers unexpectedly passed away on Nov. 5, but even in death, she is helping others by giving them a chance to live their lives.

At issue were printers that were not producing dark enough markings on the ballots, which required election officials to change the printer settings.