SEATTLE - Amazon, Lowe’s and other major companies have announced bonuses for employees working on the front lines of the coronavirus pandemic as the number of newly confirmed cases surge in the U.S. and elsewhere.

Amazon announced Monday it will provide a one-time “thank you” bonus to all employees of Amazon and Whole Foods Market, which the company purchased in 2017, and partners who have been with the company since at least June 1 — totaling more than $500 million.

The world’s largest retailer has also faced scrutiny during the outbreak regarding its safety policies, leading to protests and strikes by some of its workers. 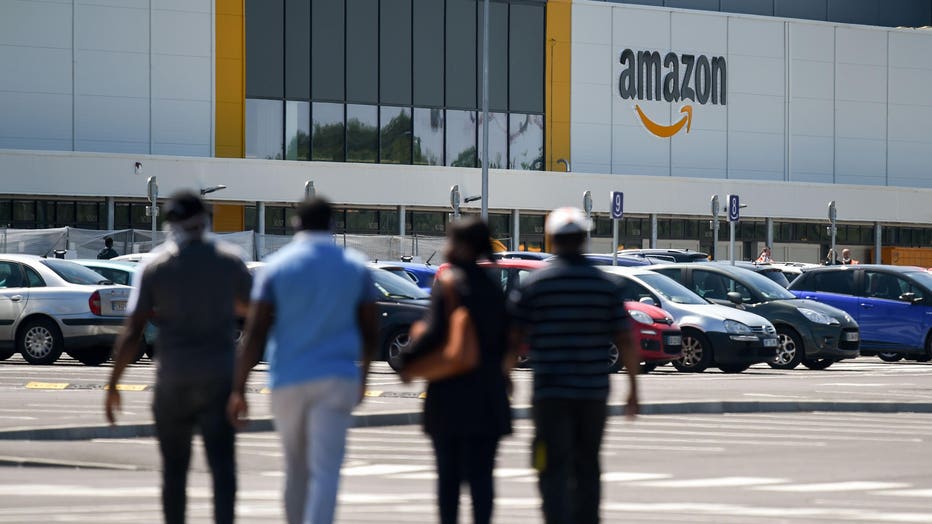 A file image dated May 19, 2020 shows Amazon workers arriving at one of the company’s distribution centers. (Photo by ERIC PIERMONT/AFP via Getty Images)

Last week, Walmart employees across the country were given another round of bonuses for their dedicated work during the pandemic, while Target plans to compensate employees working in stores and distribution centers, including a bonus of $200 to eligible full-time and part-time hourly team members at the end of July.

All net proceeds will be donated to First Responders First, an initiative created to help provide essential supplies and resources for health care workers and their families.

Target also said it is permanently increasing its minimum wage to $15 an hour beginning July 5.

The bonuses to employees come as the U.S. on Monday reported 38,800 newly confirmed infections, with the total surpassing 2.5 million, or about a quarter of the more than 10 million cases worldwide, according to a tally by Johns Hopkins University.

Experts say the actual numbers, both in the U.S. and globally, are probably far higher, in part because of testing limitations and the large number of people without symptoms.

As a result, states such as Texas and Florida have backpedaled on their reopenings, ordering mandatory wearing of masks in public and closing down restaurants, bars and beaches.