‘Existential,’ ‘Climate Emergency’ chosen as Words of the Year

If this year has left you in the midst of an existential crisis – you’re not alone. Apparently, enough people are in the throes of contemplating human existence that Dictionary.com proclaimed existential as its 2019 word of the year.

LOS ANGELES (FOX News) - If this year has left you in the midst of an existential crisis – you’re not alone. Apparently, enough people are in the throes of contemplating human existence that Dictionary.com proclaimed “existential” as its 2019 "word of the year."

The choice to go with "existential" — which is defined by the site as “of or relating to existence; or, relating to, or characteristic of philosophical existentialism; concerned with the nature of human existence as determined by the individual’s freely made choices” — reportedly plays on the multitude of fears and concerns plaguing society in 2019: climate change, politics and mass shootings, among others.

The word earned top-of-mind awareness in sustained searches at Dictionary.com in the aftermath of wildfires and Hurricane Dorian, as well as mass shootings in Christchurch, New Zealand, and El Paso, Texas, the Associated Press reported. It also cropped up pop culture, when Forky, the white plastic spork and breakout star of “Toy Story 4," faced his own existential crisis in the film, The Associated Press reported. 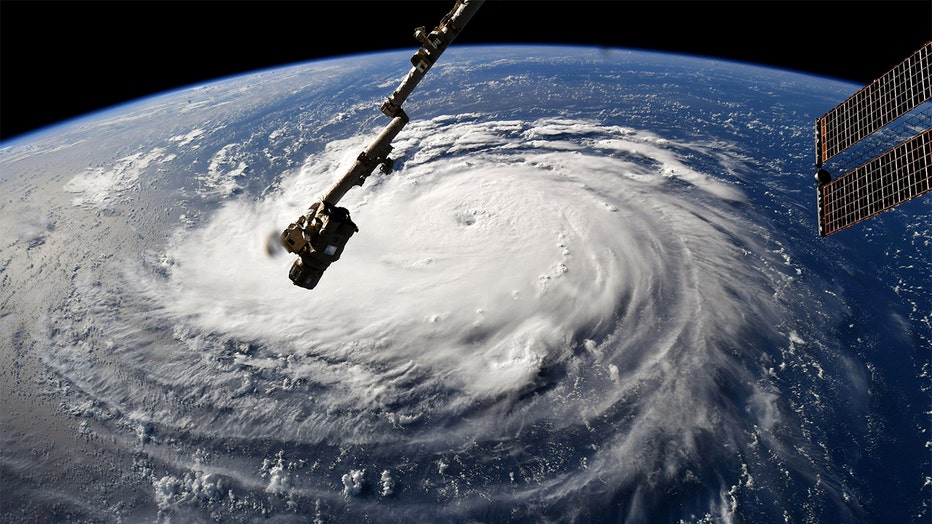 FILE: Image of Hurricane Florence on Sept. 10 2018, from the International Space Station. Hurricane Florence is currently a strong tropical cyclone over the Atlantic Ocean, threatening the South-eastern United States and the U.S. Mid-Atlantic states.

“In our data, it speaks to this sense of grappling with our survival, both literally and figuratively, that defined so much of the discourse,” said John Kelly, senior research editor for Dictionary.com, to the Associated Press.

The online dictionary has been featuring a "word of the year" since 2010 and uses data collected search traffic, among other statistics, to choose.