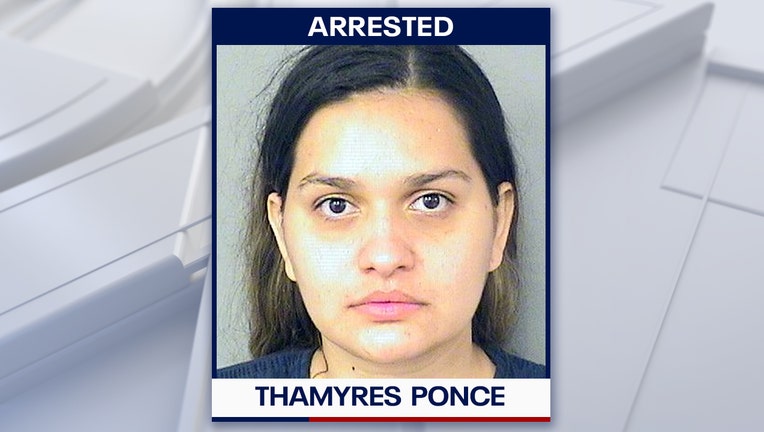 WELLINGTON, Fla. - A mother was arrested after she left her 2-year-old daughter in her car while she shopped at a Florida mall, sheriff's officials said.

Thamyres Ponce, 32, was charged with one count of child neglect, according to the Palm Beach County Sheriff's Office.

Deputies were called to The Mall at Wellington Green on Monday afternoon when someone spotted the child locked inside a car. The little girl was strapped into her car seat in the back seat, sweating and crying, according to an arrest report.

One deputy broke a window and removed the child. Paramedics found she had a temperature of 102 degrees Fahrenheit and was treated at the scene and expected to be OK, according to the report.

The arrest report said Ponce left the child in the car while she shopped in Macy's.

Ponce was released on bond Monday night. According to court records she had no previous criminal history. Jail records did not list an attorney for her.