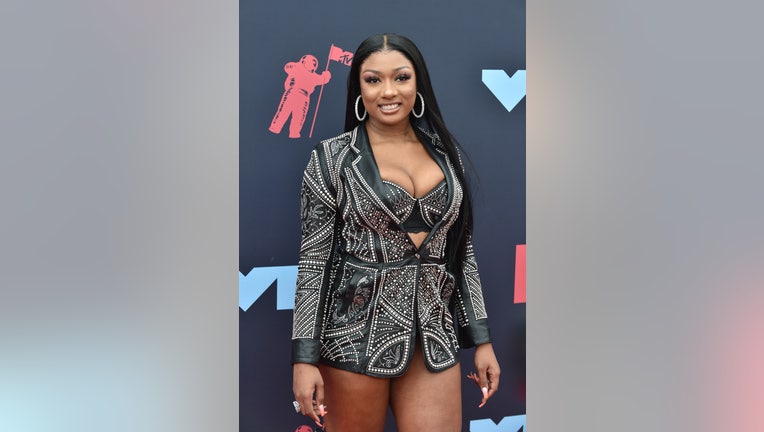 The Los Angeles Police Department could not immediately confirm which
shooting the rapper, who was born Megan Pete, was injured in, but it appears an Instagram story showed Stallion at a party in the Hollywood
Hills Saturday night with Kylie Jenner and rapper Tory Lanez.

Lanez, whose real name is Daystar Peterson, was arrested during a shots fired investigation about 4:30 a.m. Sunday in the 1800 block of Nicholas Canyon Road in the Hollywood Hills West area, according to the LAPD.

He was booked for having a concealed firearm in a vehicle, but it was not immediately clear if investigators believe he was responsible for the shots fired.

One person was taken to a hospital with a foot injury, the LAPD said.

"On  Sunday morning, I suffered gunshot wounds, as a result of a crime that was committed against me and done with the intention to physically harm me,'' Stallion said in a statement on Instagram.

"The police officers drove me to a hospital where I underwent surgery to remove the bullets. I'm incredibly grateful to be alive and that I'm expected to make a full recovery.''

Further information was not available from the Los Angeles Police Department.

Stallion, 25, is a rapper from Texas who gained attention in recent years in part through freestyling videos shared widely on Instagram. Her song "Savage'' went viral this year on TikTok and in May topped the Billboard Hot 100 chart.