LAKE ELSINORE, Calif. - “Don’t be a (bleeping) idiot like me,” wrote Thomas Macias on his Facebook page. It was a message full of regret. He was warning people about going to parties without wearing a mask.

Macias wrote, “Some of you know, but most don’t. I messed up and went out a couple of weeks ago and I contracted the coronavirus.”

The main concern for the 51-year-old trucker seemed to be his family. He wrote, “Because of my stupidity, I put my mom and sisters and my family’s health in jeopardy. This has been a very painful experience.”

He ended his post by saying, “Hopefully with God’s help, I’ll be able to survive this.” 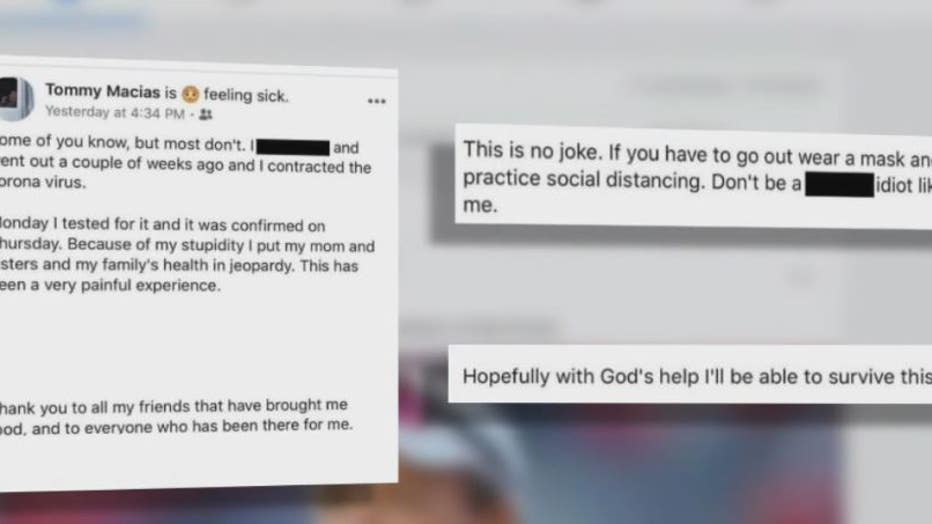 But the very next day, Macias died. He did have an underlying condition—diabetes.

“I would never want anybody to have to experience the pain that my family is experiencing right now and it’s so easily avoidable if you just wear a mask,” says Macias’ niece Danielle Lopez.

She explained that her uncle had gone to a party with friends in Lake Elsinore.

He later learned that a partygoer had confessed to testing positive to COVID-19 shortly before the party.

She says, “The person wasn’t exhibiting any symptoms. I don’t know if they ever exhibited symptoms and they were feeling better and thought they were over it and it was gone but either way, they still decided to attend this party and not wear a mask.”

Lopez is publicly sharing what happened to her uncle in hopes of preventing others from making the same fatal mistake.