More than 183,000 new cases were reported to the WHO on June 21, the largest single-day increase since the outbreak began.

WASHINGTON - Two staff members who attended President Donald Trump’s campaign rally over the weekend in Oklahoma have tested positive for the coronavirus.

"After another round of testing for campaign staff in Tulsa, two additional members of the advance team tested positive for the coronavirus," Trump campaign communications director Tim Murtaugh said.

Murtaugh said the staff members wore face masks during the entire event, which drew around 6,200 supporters to the indoor BOK Center in Tulsa. 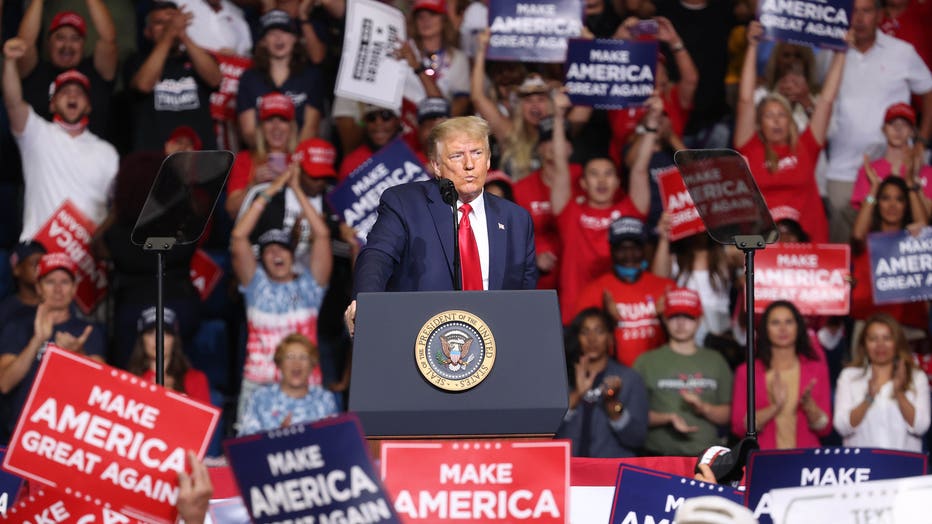 President Donald Trump speaks at a campaign rally at the BOK Center on June 20, 2020 in Tulsa, Oklahoma. (Photo by Win McNamee/Getty Images)

At least six other campaign staffers who helped set up the event also tested positive for the coronavirus prior to the rally and did not attend the event.

Local health officials in Tulsa had asked for the rally to be postponed amid a rise in COVID-19 cases. The vast majority of the attendees, including Trump, did not wear face masks as recommended by the Trump administration's health experts.

The event was Trump’s return to the campaign trail, designed to show strength and enthusiasm heading into the final months before the presidential election. But in addition to the positive COVID-19 tests among staffers, there was also a lower-than-expected turnout — which reportedly left the president outraged, according to the Associated Press.

Trump’s team had proclaimed that more than 1 million people requested tickets to the rally. Instead, the city fire marshal’s office reported a crowd of just less than 6,200 in the 19,000-seat BOK Center.