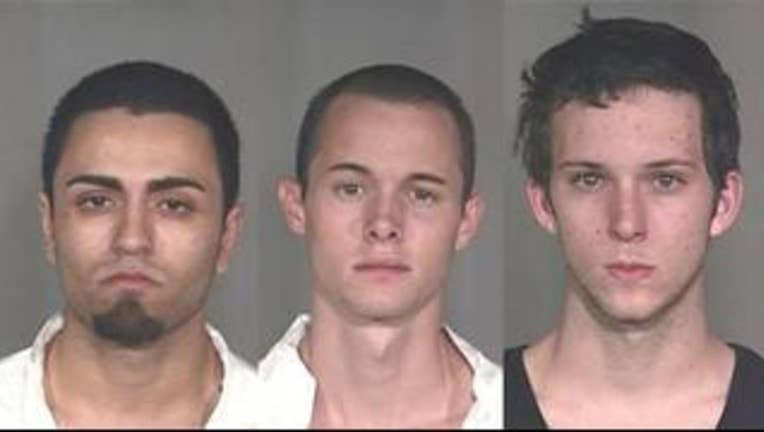 Three teenagers have been arrested for allegedly robbing a 21-year-old man during a party.

It happened in the early morning hours of March 25. The victim had some people over to his north Scottsdale apartment to hang out.

The victim says he was struck in the back of his head and knocked out -- and awoke to see three teenagers removing property from his apartment.

When officers arrived, the three suspects had already left.

They were booked on armed robbery, burglary, and marijuana possession charges.