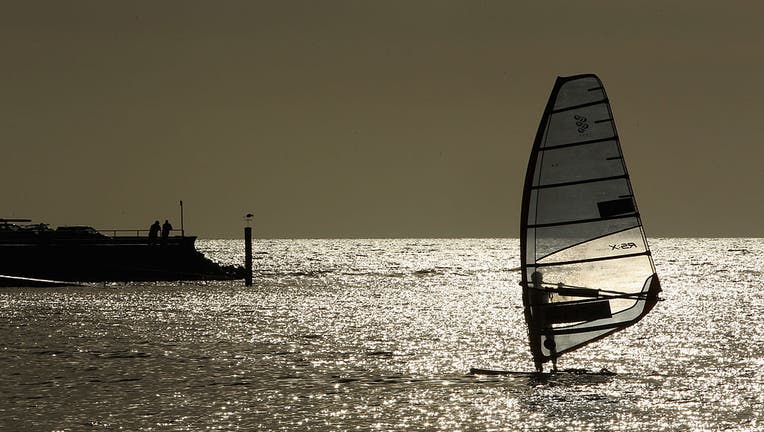 A windsurfer takes to the water at 10am NZT on Takapuna Beach despite warnings of a tidal surge and strong currents on July 7, 2011 in Auckland, New Zealand. On June 18, 2020, an earthquake struck south of New Zealand's Kermadec Islands. (Photo by Ph

A 7.4-magnitude earthquake that struck south of New Zealand’s Kermadec Islands is unlikely to have caused a tsunami, according to a tweet from the National Emergency Management Agency.

The June 18 quake was reported to have a depth of 10 kilometers, or just over 6 miles, according to the U.S. Geological Survey (USGS).

The likelihood of whether an earthquake will trigger a tsunami depends on factors including the quake’s magnitude and whether it is a “shallow marine event that displaces the seafloor”, according to the USGS.

A photographer captured timelapse footage of a spectacular aurora borealis.

Earthquakes with magnitudes between 6.5 and 7.5, like the one that occurred south of New Zealand, generally do not produce destructive tsunamis, the USGS states, but “small sea level changes might be observed in the vicinity of the epicenter.”

The National Weather Service states that tsunamis with runups over one meter are “particularly dangerous to people and property,” yet smaller tsunamis can be dangerous as well.

GNS Science, a New Zealand-based geoscience research organization, said that the country has experienced about 10 tsunamis that were higher than 5 meters since 1840. “Some were caused by distant earthquakes, but most by seafloor quakes not far off the coast,” GNS Science said.