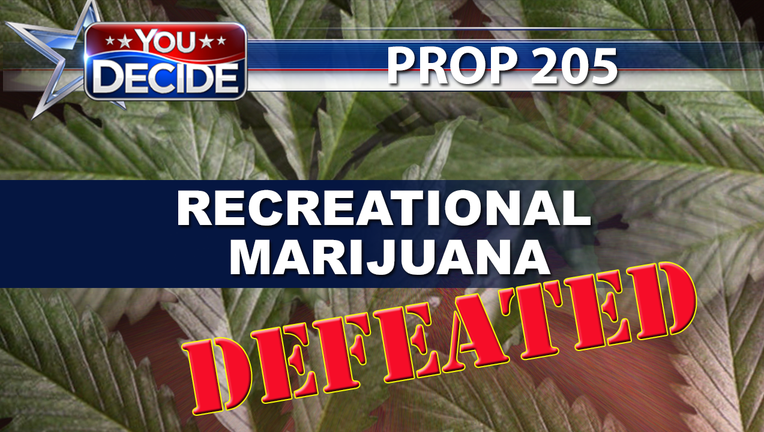 Proposition 205 failed Wednesday after opponents poured millions into fighting recreational pot for adults in the conservative state on the border with Mexico.

The measure drew donations from local businesses and out-of-state magnates such as casino owner Sheldon Adelson, who contributed $500,000.

Supporters of legal pot said it would have eliminated black markets, freed up police and raised money for K-12 schools.

Opponents said legalization would increase drug trafficking because growers in Arizona can sell to states where it's illegal. They warned of an increase in teen use and deadly car crashes tied to marijuana.