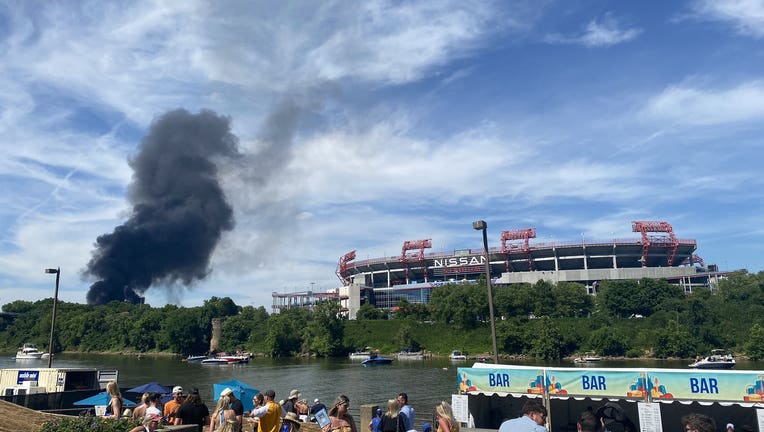 NASHVILLE, Tenn. - Nashville firefighters contained and put out a warehouse fire Saturday with black smoke rising over the CMA fest.

Crews responded to the 100 block of N 1st Street for a structure fire Saturday afternoon.

"The building is a warehouse and was fully involved when crews arrived," fire officials tweeted. "CMAFest is not in the footprint of this incident."

Fire officials later confirmed no one was in the building at the time of the fire before it partially collapsed. However, K9 units are still thoroughly searching the area.

No word on what caused the fire.

After a two-year hiatus because of the COVID-19 pandemic, the annual festival that began in 1972 will returned to Nashville this weekend. The festival regularly attracts about 50,000 country music fans.

The festival is running from June 9 to June 12 at the Nissan Stadium and other venues.