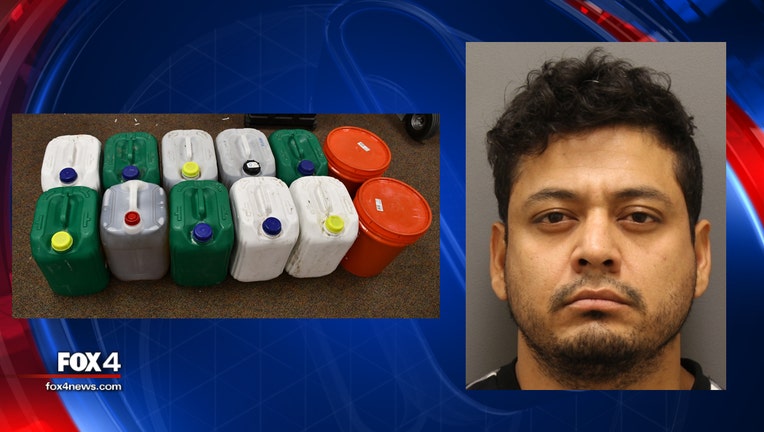 DENTON, Texas - A man was arrested in Denton after police found nearly 600 pounds of meth in his truck.

Denton police say 29-year-old Adan Murga-Alvarez was pulled over on Thursday around 4:30 p.m. for having a broken brake light.

When Murga-Alvarez was pulled over on I-35, police say he seemed really nervous. The officer could also see several suspicious black containers inside the truck.

After a search with a canine, police say they found 12 plastic containers with 596.3 pounds of liquid meth.

Murga-Alvarez was taken to the Denton City Jail and charged with delivery of a controlled substance. He is being held on a $500,000 bond.