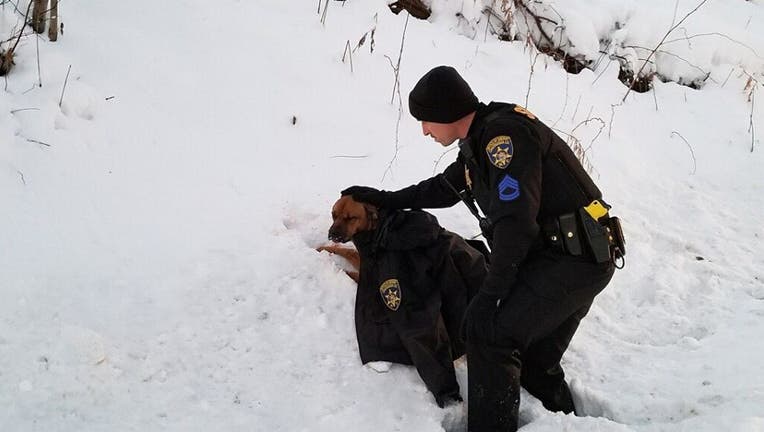 MAYVILLE, N.Y. - A heartwarming photo making its way around social media shows a New York sheriff's office sergeant comforting a scared dog that had just been hit by a car.

The Chautauqua County Sheriff's Office posted the image to Facebook on Dec. 20.

"During times that there seems to be negative press towards law enforcement, this shows a bit of compassion on the part of law enforcement and specifically our deputies," the sheriff's office wrote.

Sgt. Chris Howlett is seen putting a department-issued coat over the dog and petting her on the head to keep her calm. The dog, named Rogue, had been hit by a car that day.

Rogue was reunited with her family and taken to a veterinarian for treatment.

In an update, the sheriff's office said that Rogue "sustained minor injuries but is expected to be okay."

MORE NEWS: Home for the holidays: Dog gets adopted in time for Christmas after 500 days in animal shelter