NEW YORK (AP) - A former nurse who co-founded and once ran the cult-like NXIVM group, where prosecutors say some women were brainwashed, branded like animals and coerced into sex, was sentenced Wednesday to 42 months in prison but won't be locked up until January.

Nancy Salzman, the former president and co-founder of NXIVM, must also pay a $150,000 fine, U.S. District Judge Nicholas Garaufis said. She has agreed to forfeit more than $500,000 in cash, several properties and a Steinway grand piano.

Salzman must report to prison by Jan. 19, Garaufis said. Her lawyers said she has been caring for her ailing mother.

Speaking in Brooklyn federal court, Salzman, 67, said she fell under NXIVM leader Keith Raniere's spell when they started working together 20 years ago and that she started rationalizing and overlooking the wrongdoing she saw around her. She offered an apology to everyone she's hurt.

"I don’t know that I can ever forgive myself," she said.

Salzman, known within the Albany-based group as "Prefect," pleaded guilty in March 2019 to charges of racketeering conspiracy that involved conspiracy to commit identity theft and conspiracy to obstruct justice. She was one of the first in the group's leadership to plead guilty to criminal charges.

At that time, a tearful Salzman said she got mixed up with Raniere, a self-professed spiritual leader, because she wanted to help people improve their lives but that she ended up losing her way by helping spy on perceived enemies who sought to expose the group as a cross between a pyramid scheme and a cult.

At Salzman's sentencing, Garaufis said she had positioned herself alongside Raniere "atop the NXIVM pyramid" and "left trauma and destruction" in her wake.

"In her misguided loyalty and blind allegiance to Keith Raniere, the defendant engaged in a racketeering conspiracy designed to intimidate NXIVM’s detractors and that inflicted harm on NXIVM’s members," Acting U.S. Attorney Jacquelyn Kasulis said in a statement after Salzman's sentencing. 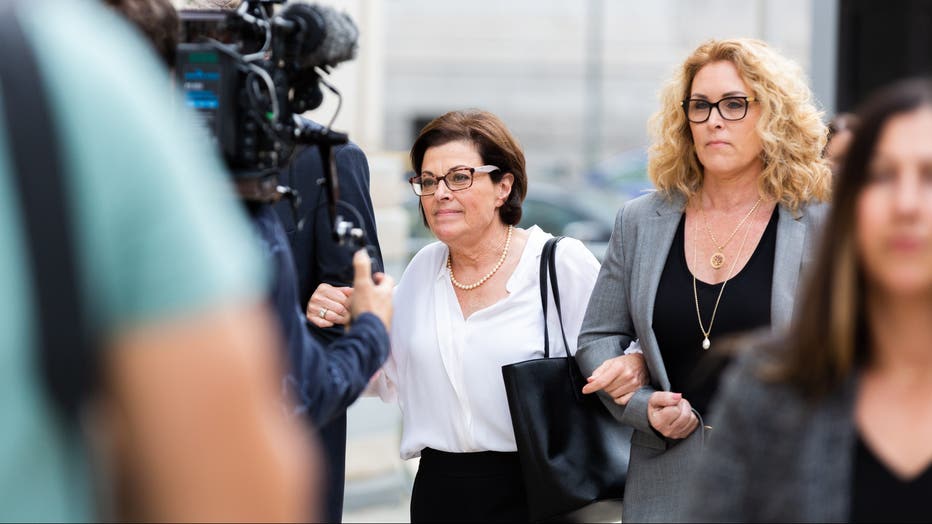 Nancy Salzman, former president and co-founder of Nxivm, left, arrives at federal court ahead of sentencing in the Brooklyn borough of New York, U.S., on Wednesday, Sept. 8, 2021. (Photographer: Paul Frangipane/Bloomberg via Getty Images)

Raniere was sentenced last October to 120 years in prison for turning some women into sex slaves branded with his initials and sexually abusing a 15-year-old. The group attracted millionaires, including Seagram’s liquor heir Clare Bronfman, and Hollywood actors, including Allison Mack of TV’s "Smallville."

Nancy Salzman's crimes involved stealing identities of the group’s critics and hacking into their email accounts from 2003 to 2008, prosecutors said. She was also accused of conspiring to doctor videos showing her teaching NXIVM lessons before the recordings were turned over to plaintiffs in a lawsuit against the group.

An NXIVM bio of Salzman posted on the internet said she was a consultant to New York state and major corporations "until she met Keith Raniere and discovered an approach to personal growth that yielded powerful and permanent results."