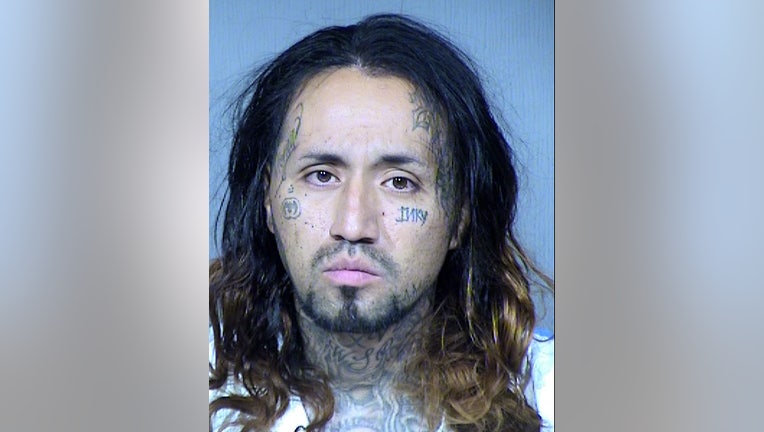 PHOENIX - Phoenix Police officials say a homeless man has been arrested in connection with the shooting death of a man over the weekend.

According to court documents obtained by FOX 10, 33-year-old Robert Angel Crow was arrested Sunday night near 35th Avenue and Bethany Home Road. The shooting happened after 5:00 a.m. Sunday, when the male victim, identified by police as Christopher Salles, was shot while riding his bike in the same neighborhood where Crow was arrested.

Investigators say based on a blood trail, the victim, after the first shooting, rode his bike into an alleyway, and then walked from there until he got to the area of 37th and San Juan Avenues, where he was shot again.

Detectives say neighbors who heard the shots and the victim screaming called 911. The victim died at 6:15 a.m., after he was taken to a hospital.

Detectives later caught up with Crow, who said during an interview that he saw the victim outside the trailer he was in. Crow told detectives he felt the victim was trying to intimidate him, and left the trailer with a 9mm gun that he bought off the street.

Crow, according to officials, admitted to being a convicted felon, is not supposed to have a firearm, and smoked meth, marijuana and drank alcohol during the night prior to the incident. Investigators say Crow was on pretrial release, and had an ankle bracelet on.

According to court documents, Crow is accused of 2nd-degree murder, aggravated assault, and weapons possession-related offenses. A judge has denied Crow bail.