HOUSTON (FOX 26) - The average police chase lasts five minutes in Houston, according to police. Officers were in hot pursuit of one driver for more than an hour on Friday.

A police vehicle chase that spanned two southeast Texas counties comes to a crashing end in north Harris County. The Ford F-250 that Houston police were pursuing since around 1:20 p.m. Friday was t-boned in the intersection of the Eastex Freeway frontage road near Aldine Mail Route in northeast Houston.

Officers were responding to a report of a man concealing stolen property.

The chase, which began on McGallion Road near Roxella Street, spanned the Eastex Freeway (U.S. Highway 59), the Grand Parkway, Rayford Road, Hardy Street, FM 1960, Greens Road before the F-250 was struck from the side by a silver Cadillac sedan, causing the truck to spin and crash into another vehicle.

When officers first arrived at McGallion Road, the suspect drove away in the pickup truck in an alleged attempt to evade police. At times, the driver wove the truck into oncoming traffic along side roads.

A woman and her four children were inside the Cadillac, Houston police confirmed. Officers escorted the family to safety at a nearby fuel station before pursuing the suspect, who they said had barricaded himself inside the F-250.

Police took the driver of the F-250 into custody at around 2:38 p.m. Friday after forcing him out of the truck. Officers placed him into an ambulance but he has since been transferred to the Harris County jail. His name was not immediately released.

Other people involved in the crash suffered minor injuries, according to a Texas Department of Public Safety trooper. 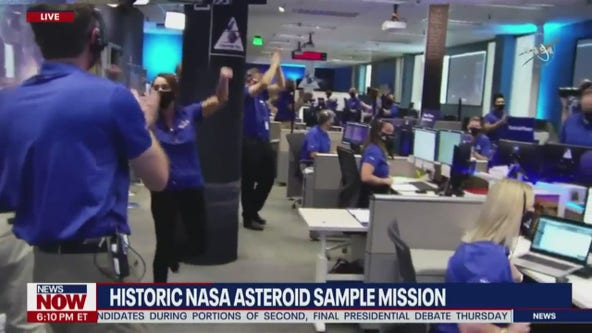