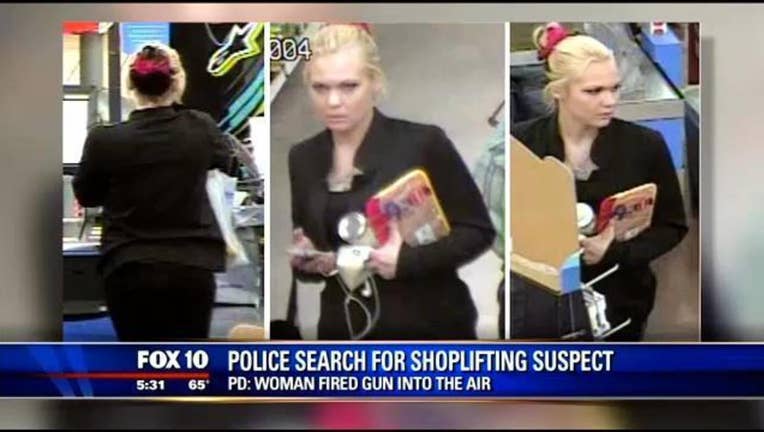 Police are searching for a shoplifting suspect who fired a gun into the air at a Mesa Walmart store near the U.S. 60 and Signal Butte.

According to officials, the female suspect attempted to steal makeup valued at $12 from the store on January 16th. She was seen concealing the makeup in a purse she was carrying.

Per the police report, "The female was contacted by store loss prevention, after she passed all points of sale without making any attempt to pay for the merchandise concealed in her purse."

Police say she got away in a white Chrysler PT Cruiser.