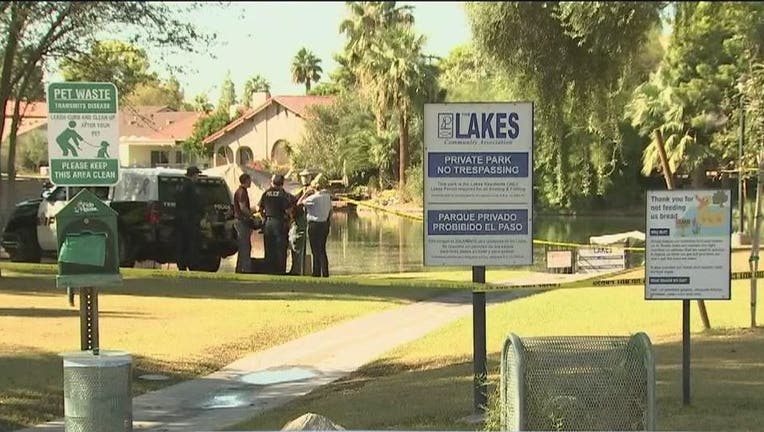 TEMPE, Ariz. (AP) - Authorities say they have identified a body found in a small lake in a residential area of Tempe near McClintock and Baseline Road.

Police in Tempe say foul play doesn't appear to be a factor in the death of 49-year-old Jing-Li Morley.

The cause of death will be determined by the Maricopa County Office of the Medical Examiner.

City police and fire crews responded to a possible drowning call Tuesday afternoon and discovered a woman dead in the water.

"At this time, there are no safety concerns for the residents of the Lakes Community," stated Detective Greg Bacon.

Authorities say it's unclear how long the body had been in the lake.