MCALLEN, Tx. - Two south Texas teen brothers have been arrested for beating their stepfather to death after he allegedly sexually abused their half-sister.

Alejandro and Christian Trevino, along with friend Juan Eduardo Melendez, all 18, are accused of beating Gabriel Quintanilla, 42, and leaving him to die in a field in McAllen where his body was discovered by a farmer.

Pharr Police Chief Andy Harvey Jr. told Fox News the department is working up an updated press release, and a city spokeswoman said a possible press conference is in the works.

"There seems to be some misinformation out there about this case," Harvey said via email.

In a previous news release, Pharr police said a child made an outcry at an RV park. Police later revealed that the child is Quintanilla’s 9-year-old daughter. He was the stepfather of Alejandro and Christian, who have different mothers and are both half-siblings of the girl.

"When brothers (Alejandro) and Christian Trevino found out, they became enraged and confronted Gabriel Quintanilla at the residence. A physical fight ensued between the three and the victim Quintanilla left the location on foot," the release read.

Christian Trevino chased Quintanilla to a nearby apartment complex, where a second assault occurred involving Alejandro Trevino and the driver of a red Dodge Charger, identified as Melendez, KRGV reported. 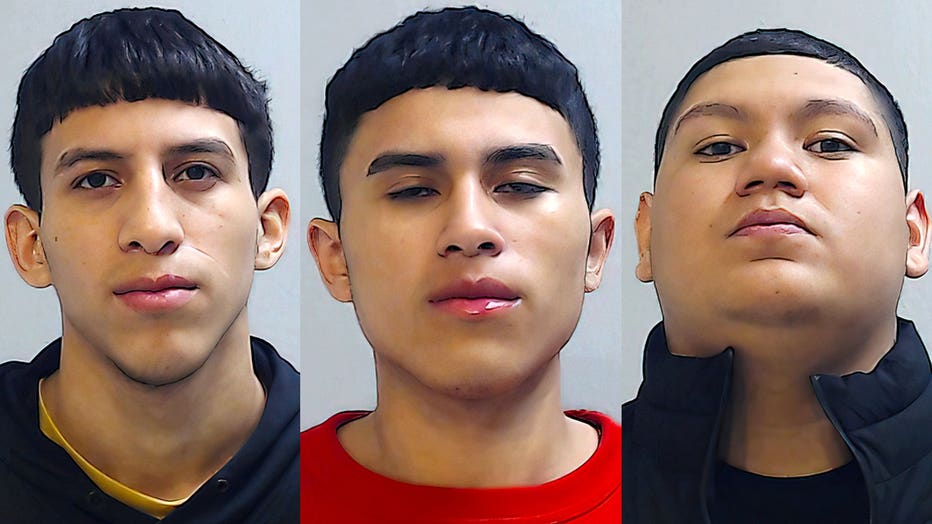 The three suspects then left the location, changed vehicles and drove back, where they found Quintanilla walking alone and injured, according to Pharr police.

Quintanilla was allegedly assaulted a third time, before being placed in the bed of a truck and dumped in the field. Police believe Quintanilla might have still been alive when the teens allegedly dumped his body.

Quintanilla had a warrant for continuous sexual abuse of a child, police previously told MyRGV News.