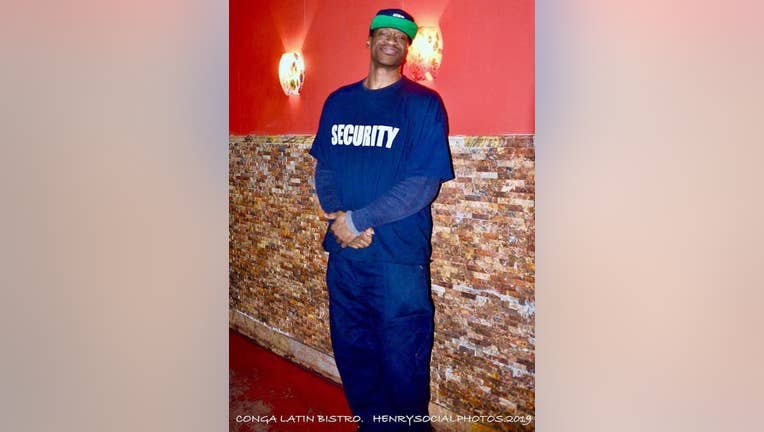 MINNEAPOLIS (FOX 9) - A timeline of events details the moments that led up to the death of 46-year-old George Floyd in Minneapolis police custody Monday night, and the unrest that followed.

George Floyd died at the hospital Monday after he was apprehended by Minneapolis police officers near the intersection of 38th Street and Chicago Avenue South. A video taken by a bystander showed one of the officers pinning Floyd to the ground and pressing his knee into his neck as Floyd repeats that he cannot breathe. Floyd eventually becomes unresponsive, but the officer continues to hold his knee to the man’s neck until an ambulance arrives.

A timeline of events details the moments that led up to the death of 46-year-old George Floyd in Minneapolis police custody Monday night, and the unrest that followed

Officers respond to a report of forgery in progress at 3759 Chicago Avenue South. When they arrive, officers encounter Floyd, identified as a suspect, in his car. Police said they ordered Floyd out of the vehicle and that he physically resisted officers. Floyd was handcuffed. Bystander video shows the moments that followed, in which Floyd is pinned down by officers, with one officer keeping his knee on Floyd's neck until he loses consciousness. The ambulance arrives minutes later.

Man dies after being detained by Minneapolis Police

Warning Disturbing Video: The FBI has joined in the investigation after a man died after being detained by Minneapolis police officers.

MPD announces the FBI will be part of the investigation.

Minneapolis Mayor Jacob Frey and Minneapolis Police Chief Medaria Arradondo hold a press conference. Frey, who had seen the bystander video, says, “What we saw was horrible. Completely and utterly messed up.”

Minneapolis Mayor Jacob Frey was visibly upset after having viewed bystander video of an incident where a man died in police custody Monday night.

St. Paul Mayor Melvin Carter releases a statement, writing, "The video of a Minneapolis police officer killing a defenseless, handcuffed man is one of the most vile and heartbreaking images I’ve ever seen. The officer who stood guard is just as responsible as his partner; both must be held fully accountable. This must stop now."

Senator Amy Klobuchar releases a statement and calls for a thorough investigation into George Floyd's death.

Minnesota Governor Tim Walz releases a statement, writing, "The lack of humanity in this disturbing video is sickening. We will get answers and seek justice."

Benjamin Crump, the attorney retained by George Floyd's family, identifies him as the man who died.

Memorials pop up outside of Cup Foods at 38th Street and Chicago Avenue South. 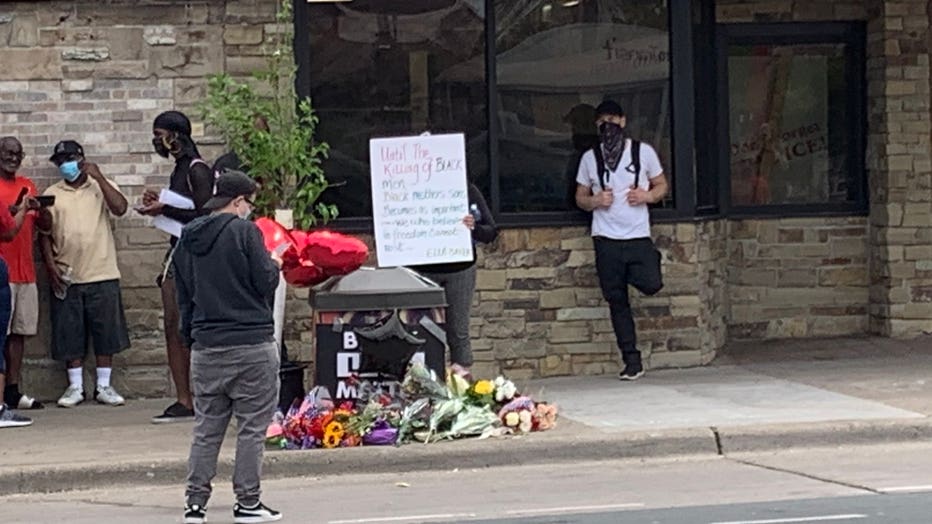 Protesters mourn the loss of George Floyd and call for justice after he was killed in police custody.

The Hennepin County Attorney’s Office releases a statement, saying they are "shocked and saddened by what appeared in a recent video" and will be reviewing the case for possible charges following the conclusion of the investigation.

People begin to gather for a protest at the site of Floyd's death at 38th Street and Chicago Avenue South. 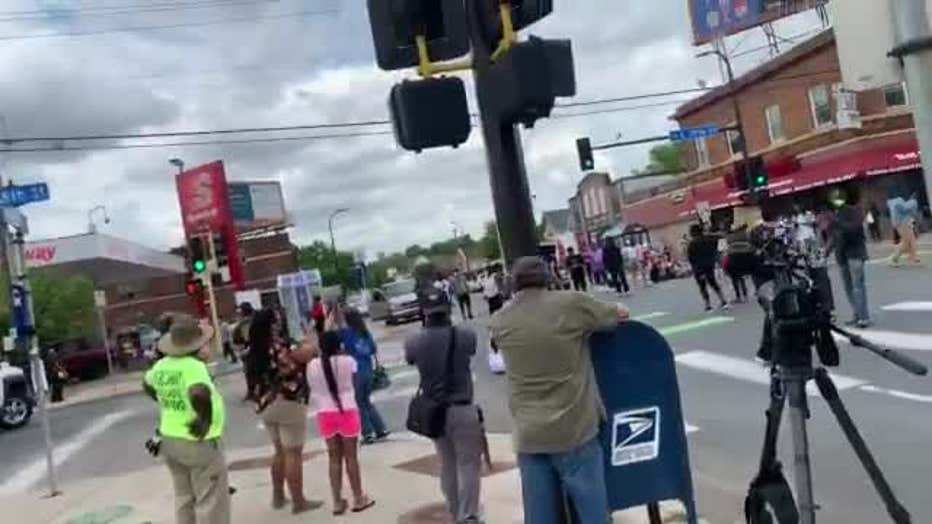 The Minnesota chapter of the Council on American-Islamic Relations calls for the arrest of the officers.

The American Civil Liberties Union and ACLU of Minnesota responds, calling for a fair, independent and transparent investigation.

You can’t watch this appalling video posted by brave eyewitnesses on social media without seeing police officers’ callous disregard for a Black man’s life, and you can’t help but conclude that yet another tragic death was both needless and preventable,” ACLU-MN Executive Director John Gordon said in a statement.

Chief Arradondo announces all four responding officers have been fired.

Minneapolis city leaders responded to the death of George Floyd in police custody.

The Protest officially starts. Hundreds of people have gathered at the site of George Floyd's death.

The Hennepin County Medical Examiner releases its first report. The report says Floyd died at 9:25 p.m. Monday night, but says his cause of death has not been determined pending further testing and investigation by the medical examiner's office, the Minnesota BCA and the FBI.

Protesters throw items at police near the 3rd Precinct

Some demonstrators start damaging property at the Third Precinct. Photos and video show a fence torn down, squad cars damaged and windows broken.

First signs of tear gas being used by Minneapolis police on protesters.

Police fired tear gas during clashes with protesters in Minneapolis, Minnesota, on May 26, as thousands took to the streets following the death of George Floyd. This footage shows protesters outside the police department’s 3rd Precinct and tear gas rising as protesters move through the streets. Credit: Nathan Ejuwa via Storyful

Minneapolis Mayor Jacob Frey calls for charges against the officer who arrested George Floyd and held his knee on the man's neck,saying “Why is the man who killed George Floyd not in jail? If I’d done it or you did it, we would be in jail." 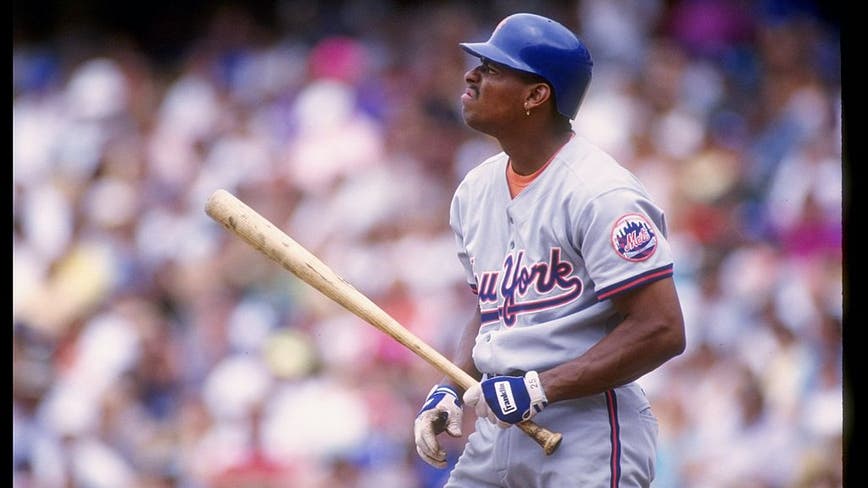 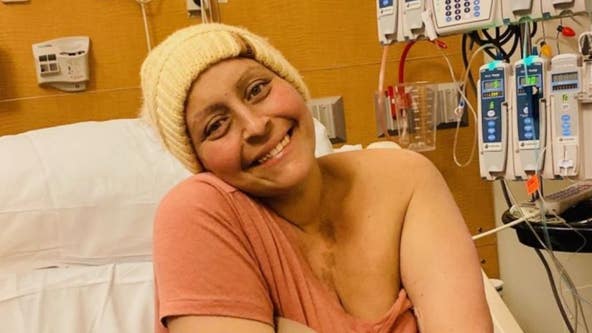 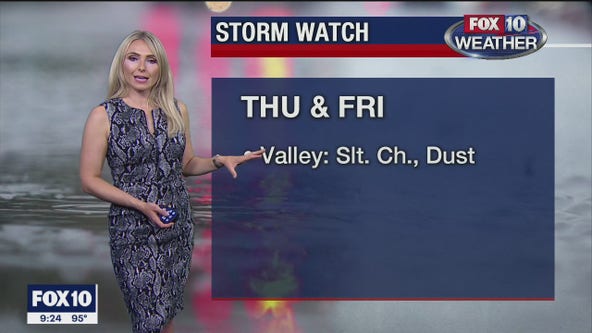