Dr. Linsey Marr, a professor at Virginia Tech with expertise in airborne transmission of viruses and air quality, discusses ways to make offices and schools safer amid the pandemic.

LOS ANGELES - United Airlines announced on Monday that it will maximize the air flow volume of its aircraft particulate filtration systems during the boarding and deplaning processes in an attempt to minimize the spread of COVID-19 aboard its flights.

The company said its high-efficiency particulate air (HEPA) filtration systems currently recirculate the air within the cabin every two to three minutes, removing 99.97% of all particles.

RELATED: Airborne COVID-19: What does it mean, how does it increase risk and what are the steps to stay safe?

The new procedure will begin on July 27, according to the company.

United Airlines claims the filtration process will make the “the air onboard a plane significantly cleaner than what people typically experience in restaurants, grocery stores, schools or even some hospitals.”

"We know the environment on an aircraft is safe and because the air flow is designed to minimize the transmission of disease, the earlier we maximize air flow over our HEPA filtration system, the better for our crew and our customers," said Scott Kirby, United's chief executive officer.

"The quality of the air, combined with a strict mask policy and regularly disinfected surfaces, are the building blocks towards preventing the spread of COVID-19 on an airplane. We expect that air travel is not likely to get back to normal until we're closer to a widely administered vaccine – so we're in this for the long haul. And I am going to keep encouraging our team to explore and implement new ideas, new technologies, new policies and new procedures that better protect our customers and employees," Kirby said.

The airline giant explained that on a commercial aircraft, fresh air flows downward into the cabin from the plane’s ceiling vents, eventually emitting from the cabin at the floor and sidewalls.  That air is routed through the plane’s filtration system and returned to the cabin after being mixed with fresh air from outside.

According to the company, the process helps eliminate unwanted particles and reduces the risk of viral transmission.

RELATED: Air conditioners could be aiding the spread of COVID-19 indoors, epidemiologists say

Joseph Allen, an assistant professor of exposure assessment science at the Harvard T.H. Chan School of Public Health and director of its Healthy Buildings program, suspects that airborne transmission of COVID-19 is likely, according to a recent interview with The Harvard Gazette.

He said a portable air purifier to filter out airborne particles or a portable humidifier should help. In mechanically ventilated building systems, Allen said almost all of them recirculate some amount of air. The recirculation causes emitting aerosols to be picked up and transported to other areas in a building.

“One way to cut that off when you have a recirculated air supply is to have high-efficiency filters, or certainly upgraded filters from what is typically in a building, which will only capture a small percent of viral particles,” Allen said.

Allen said high-efficiency filters do a much better job at limiting transmission from room to room.

Dr. Linsey Marr, a professor at Virginia Tech with expertise in airborne transmission of viruses and air quality, said the emphasis should be on better ventilation — along with other protective measures such as wearing a mask, physical distancing and hand washing — to help curb the spread of COVID-19.

Marr said the greater concern with flying is the people seated next to you, who are breathing, talking and potentially releasing virus into the air “that you could breathe in before it has a chance to make it through the airplane’s filtration system.”

United added that it is taking steps to reduce the overall number of passengers on its planes, saying that it currently has less than 15% of its flights operating with more than 70% capacity.

While the company said it remains committed to reducing its passenger loads in order to help stop the coronavirus from spreading on flights, the cuts have had disastrous financial impacts.

The move to maintain reduced passenger capacity comes as a steady rise in coronavirus cases force U.S. companies including major airlines, to continue to announce layoffs.

American Airlines warned workers Wednesday that it may have to cut up to 25,000 jobs in October because of sharply reduced air travel.

Earlier this month, United warned 36,000 employees — nearly half its U.S. staff — they could be furloughed in October, the clearest signal yet of how deeply the virus pandemic is hurting the airline industry.

Air travel in the U.S. plunged about 95% from March 1 until mid-April, then began a slow recovery. The number of U.S. air travelers around the July 4 weekend was the highest since mid-March, but was still down about 70% from a year ago.

Stephanie Weaver, Kelly Taylor Hayes and the Associated Press contributed to this report. 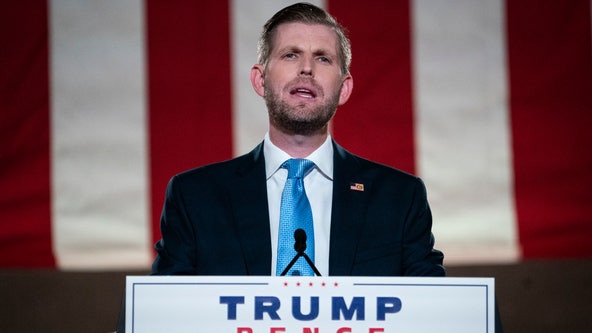