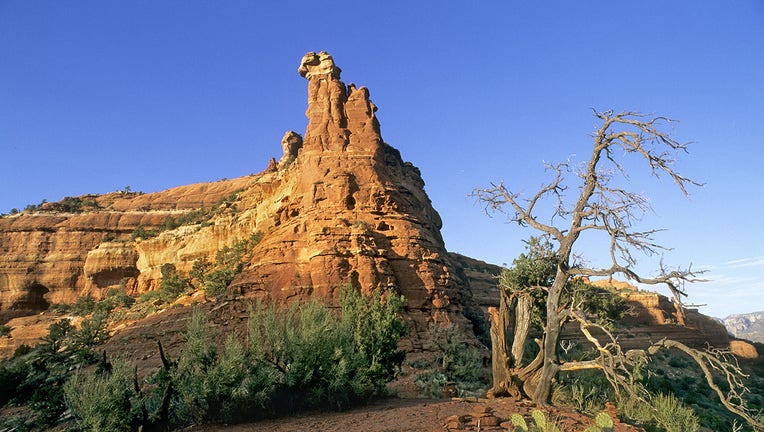 SEDONA, Ariz. - A man from Washington state has died after apparently falling more than 100 feet during a hike in north-central Arizona, authorities said Monday.

Yavapai County Sheriff’s officials said they received a 911 call on the night of Oct. 9 about an overdue hiker in Boynton Canyon west of Sedona.

Two men were hiking with 29-year-old Jordan Brashears and heading to see ancient ruins in the canyon.

The three men were about a half-mile from the Enchantment Resort on the east wall of the canyon near a set of ruins when Brashears went ahead of them.

Brashears was hiking barefoot and his two companions lost sight of him around a corner.

They called out and searched for at least an hour without success and then contacted the sheriff’s office.

Searchers on Oct. 10 found a water jug apparently belonging to Brashears on the east side of the canyon plus his shoes and a cell phone before his body was located.

Sheriff’s officials say Brashears apparently fell more than 100 feet and there was no sign of foul play.

The body was taken to the county medical examiner for an autopsy to determine the cause of death.