58-year-old Alfredo Enriquez was arrested as the suspect in the crash.

PHOENIX - Police say a man has been arrested and two young children are in critical condition following a crash in Phoenix on the night of Sunday, Sept. 27.

According to police, 58-year-old Alfredo Enriquez attempted to buy alcohol at a business near 41st Drive and Camelback Road just before 7:30 p.m. but was turned away by employees because he appeared to be intoxicated.

The store employees tried to prevent Enriquez from driving, but he got into his vehicle, a 2006 Chevrolet Avalanche, and headed eastbound on Camelback Road. When Enriquez attempted to turn onto 41st Drive, he collided with a 2020 Honda HRV that was being driven by a 41-year-old woman with two young children, ages 6 and 5, in the car.

The crash was witnessed by one of the store employees who tried to get Enriquez to stay at the scene, but he ran away.

"I heard the screech of a tire and a loud bang and i ran outside quickly my stomach dropped," the employee said.

The woman was hospitalized in serious condition and the two children are in critical condition.

Officers went to the registered address of the Avalanche and found Enriquez who was determined to be impaired by a drug recognition expert. Enriquez was taken to police headquarters where he was interviewed and admitted to being the driver of the Avalanche at the time of the collision, police said.

Enriquez was arrested and booked into jail. He is accused of multiple charges. 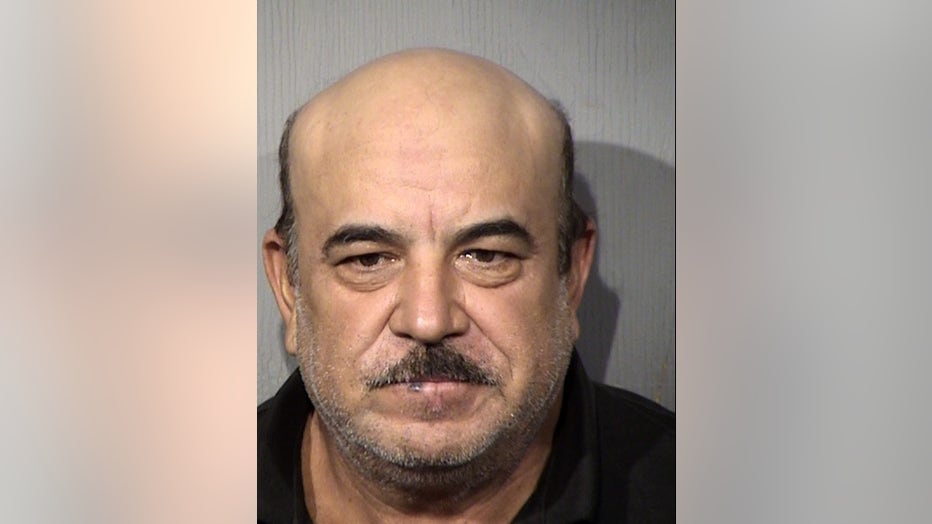 When Alfredo Enriquez attempted to turn onto 41st Drive, he collided with a 2020 Honda HRV that was being driven by a 41-year-old woman with two young children in the car, police said.

It's not known what led up to the crash.