PHILADELPHIA - Philadelphia police have confirmed a two-year-old boy who was reported missing earlier this month is presumed dead. 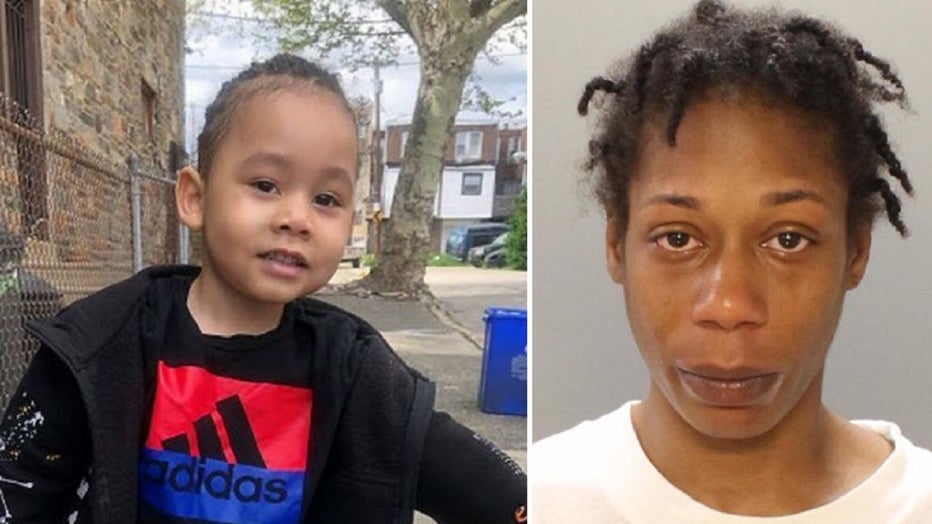 Parks, who has previously been identified as King's babysitter, was arraigned Monday on a number of charges including murder, endangering the welfare of children, abuse of corpse, false reports to law enforcement, and related charges. She was not granted bail.

King Hill had been missing since July 7. Police say his body has not been recovered as of Monday morning.

Police said on Monday that King Hill was deceased before police were even notified that he was missing. He was last seen alive on July 4th and 5th, according to Captain Jason Smith.

“The death of King Hill is an unbearable tragedy that is compounded by Tiana Parks’ actions. This precious baby’s family and community deserve to know how he died. They deserve the opportunity to bury and mourn him with dignity,” Krasner said in a statement Monday. “This child deserved so much better in life. My office will continue to work alongside the Philadelphia Police and FBI to seek justice for his death.”

He was reported missing after his mother, Amber Hill, said he went to spend time with the father of her older daughter weeks ago which she says was routine. However, the mom says last week he asked if she picked up King from Parks' home on the corner of 33rd and Diamond Streets.

Hill says she didn't pick him up. Police say Parks claimed she did.

Parks, who is a friend of stepfather, Marvin Reese, previously told police she handed off the child to his biological mother at the corner of 31st and Montgomery Streets. King's mother claimed that she has not seen Parks in "several weeks."

“I keep calling detectives to see if it’s real and theyn telling me yeah, so, it’s true,” Amber stated.

“That was the worst day of my life, yesterday, when she called me, because she was like, ‘Mom, he’s dead.’ I was like, ‘What?’” explained Kimberly Hill, King’s grandmother.

Police say "virtually everything," Parks told them during interviews proved to be false.

"Virtually everything that she told us was refuted by the evidence that the FBI and the Philadelphia Police Department developed," said Anthony Voci, Chief of the Philadelphia District Attorney's Office Homicide Unit.

Tianna Parks, 24, has been charged with murder following the disappearance of King Hill. His body has yet to be recovered.

Investigators would not comment what the evidence specifically shows, but they do not believe anyone else was involved in King’s murder, including King’s mom and stepfather.

'Someone is not telling the truth': Police continue search for 2-year-old missing since Tuesday