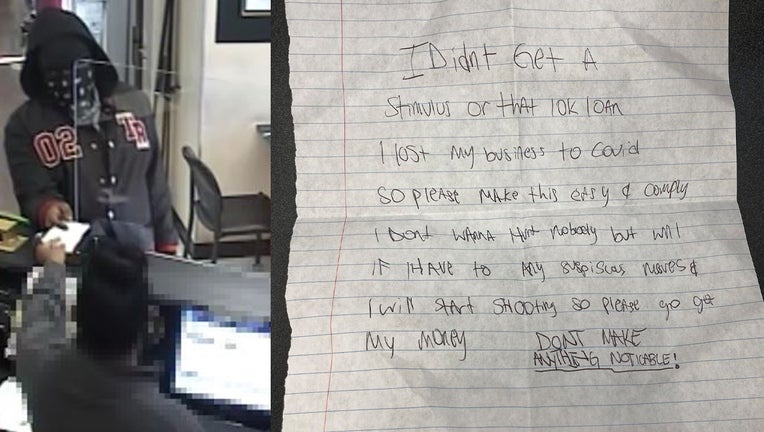 Police are trying to identify the suspect in a bank robbery. (Houston Police Department)

HOUSTON - Police say a suspect handed the teller a note blaming the coronavirus during a robbery at a bank in Houston.

The robbery occurred at the Woodforest National Bank at 9700 Hillcroft Avenue around 9 a.m. July 9.

Police say the male suspect entered the bank just after opening, told the teller he needed to make a withdrawal, and handed the teller a folded up piece of notebook paper.

According to police say the note said, "I didn't get a stimulus or that 10k loan. I lost my business to COVID so please make this easy and comply. I don't wanna hurt nobody but will if I have to. Any suspicious moves and I will start shooting so please go get my money. Don't make anything noticeable!" 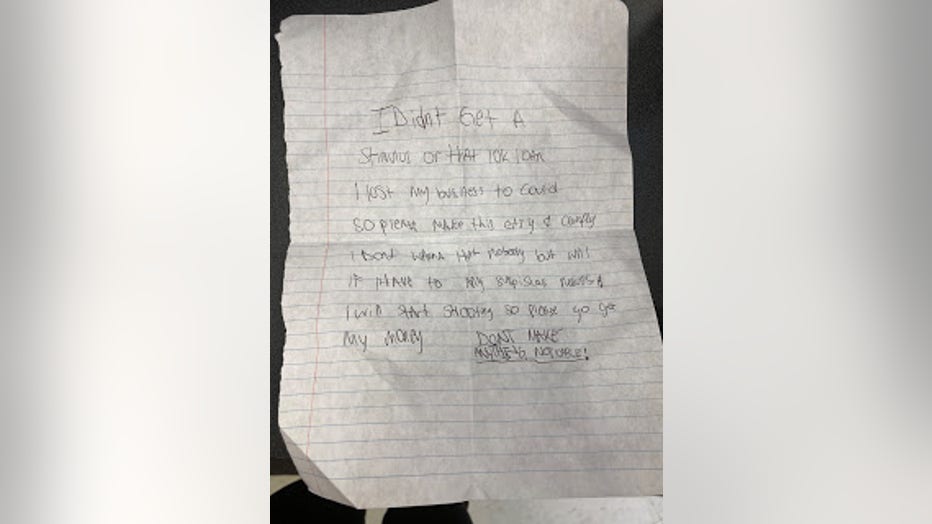 Police say the teller reported that the suspect made a verbal demand for cash, and although she didn’t see a weapon, she felt in fear for her life and safety and gave the suspect some cash.

The suspect ran from the bank with the money. No vehicle was seen.

The suspect is described as a black male, 30 to 39 years old, around 6’0”, and a large frame. The suspect wore a black bandana over his face, a black hoodie pulled over his head, a black True Religion brand “letterman” jacket with a red “02” and “TR” on the front and a red and white “TR” with TRUE RLGN written inside the letters and a gray wild cat on the back, and black pants. 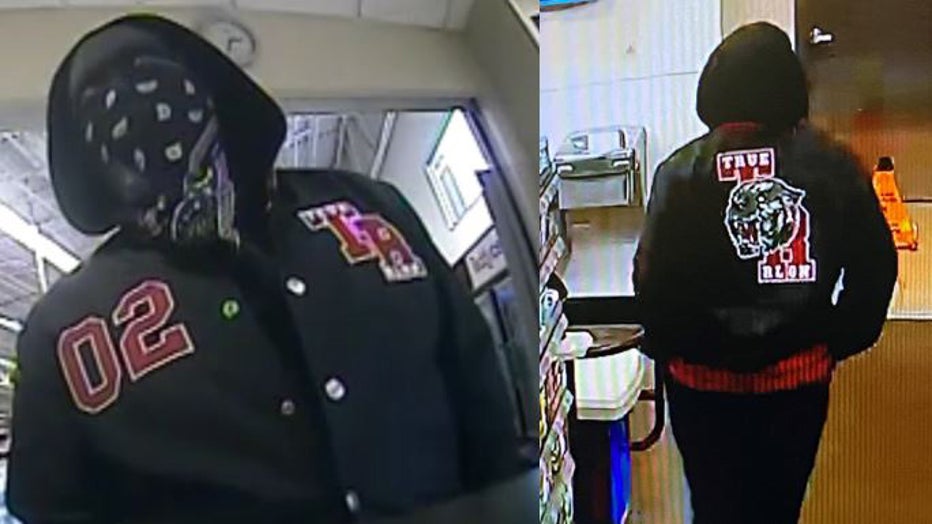 Houston police are asking for the public's help to identify the suspect in a bank robbery. (Houston Police Department)

Crime Stoppers may pay up to $5,000 for information leading to the charging and/or arrest of the suspect in this case. Information may be reported by calling 713-222-TIPS (8477) or submitted online at www.crime-stoppers.org