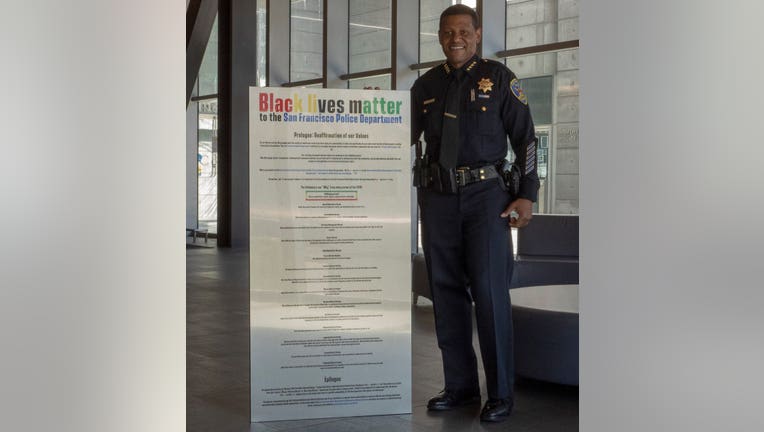 SAN FRANCISCO - Black Lives Matter posters must hang in every police station throughout San Francisco, its civilian-led police commission voted, mandating that the signs be posted within the month.

The controversial resolution, which was objected to by the union, was unanimously approved by the commission on Wednesday, the Chronicle first reported.

Of note, the signs will not read: Black Lives Matter. They will have a lower case l and m, to read: Black lives matter.

Not everyone in the department, however, supported the measure.

The San Francisco Police Officers Association sent the commission a letter saying the union supported the notion that Black and brown lives matter. But union members said that an order to put up the posters “establishes a new precedent that raises concerns about introducing political agendas and wedge issues into the safe harbor of police stations.”

On Thursday, police union President Tony Montoya issued a statement saying the commissioners “should put away their soapboxes and stop their political grandstanding," the Chronicle reported.