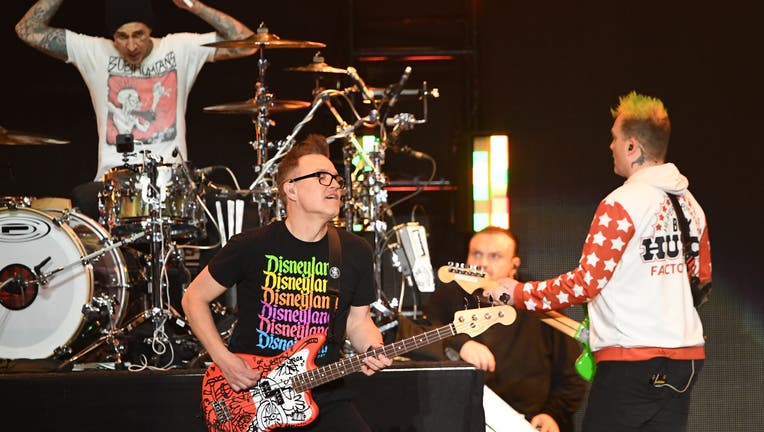 LOS ANGELES - Various artists, creators and musicians have found clever ways to pass the time under COVID-19 lockdowns while simultaneously inspiring others to remain hopeful in uncertain times.

In an industry that has been left devastated by the lockdowns implemented to stop the spread of the novel coronavirus, self-isolation hasn’t stopped some bands and performers from using the time to bring joy to those who really need it.

The song, which was released last year, focuses on the challenges of having a negative inner dialogue, which is likely a problem many deal with during self isolation.

The band posted the video to their YouTube page with the caption, “Thank you to everyone who helped make this video. Stay home. Stay Safe.”

Following the theme, pop band OneRepublic also released an uplifting music video on Monday for their song “Better Days,” after putting out a call to fans to collaborate with them sharing images and videos of their lives under quarantine.

“With thousands of submissions in just under one week - we created this music video to show everyone’s resilience in the middle of this global pandemic,” the band wrote in their video.

The video features all of the band members recording from their homes.

Other artists have done anything they can to keep spirits up, including live streaming free concerts.

Nearly a month ago in response to the cancellation of St. Patrick’s Day parades across the country, Massachusetts punk band Dropkick Murphys streamed a free live concert from Boston on March 17.

The iHeart Living Room Concert for America presented by FOX raised over $8 million, providing COVID-19 aid to Feeding America and the First Responders Children’s Foundation.Even “Saturday Night Live” tried its first “quarantine version" of the comedy show, featuring Tom Hanks, one of the first celebrities to disclose he had the novel coronavirus, Coldplay singer Chris Martin and the comedy show's entire cast phoning in with jokes from home.

After being gone for more than a month, the NBC comedy institution returned to the air on Easter weekend by emulating other late-night hosts who have abandoned studios and audiences for DIY merriment amid the coronavirus pandemic.

“It is good to be here, though it also very weird to be here hosting ‘Saturday Night Live’ at home,” Hanks said, speaking from his kitchen. “It is a strange time to try and be funny, but trying to be funny is SNL’s whole thing.”

The world's new way of keeping in contact — Zoom meetings — was ripe for satire. The show's “cold open” showed all cast members arrayed in an onscreen gallery familiar to many working from home.

“Live from Zoom,” Kate McKinnon said. “It's sometime between March and August.”

The show also touchingly paid tribute to music producer Hal Willner, who scored music for many years on “SNL” and died this past week after showing symptoms consistent with the coronavirus. Past cast members Adam Sandler, Tina Fey and Bill Hader were among those who offered remembrances.