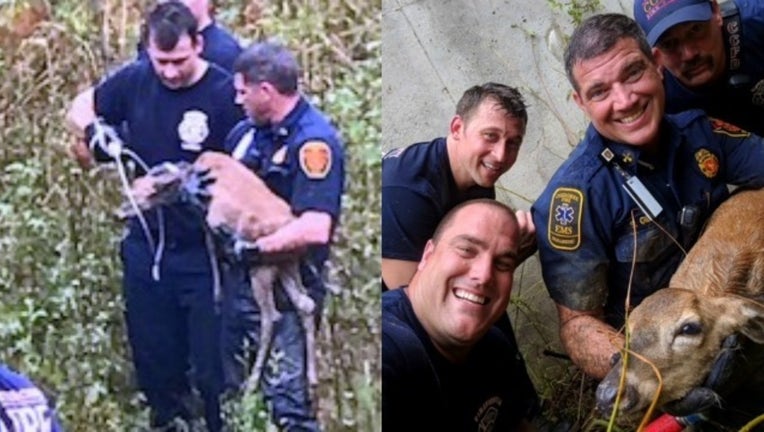 It happened near Owens Farm Lane in Hickory Flat. Officials said the deer somehow became trapped in a large retention pond about 50 yards by 50 yards surrounded by high walls ranging in 16 to 30 feet tall.

"It was obvious the deer had been there for some time," the fire department said in a news release.

The firefighters were able to get to the animals via a ladder and successfully captured a doe and her yearling.

"The doe was a bit thin and looked weak from her time in the pond."

The deer were taken to animal control and will be eventually released back into a wooded area in Cherokee County.