The driver was traveling on the Colorado highway when he saw the car in front of him veer out of the lane and crash into water barrels in front of a concrete highway divider. Officials say the barrels may have saved the other driver's life.

A motorist miraculously escaped unharmed after the car he was driving crashed into water barrels and overturned on a Colorado interstate earlier this month.

The wreck happened on Jan. 13 along Interstate 25 in Fountain, Colorado, which is south of Colorado Springs.

Local resident Jason Michael Bennett, who captured the incident on his dashcam, said he was traveling northbound on the highway when he witnessed a car in front of him veer out of the left lane and crash into the water barrels in front of a concrete highway divider near Exit 128. 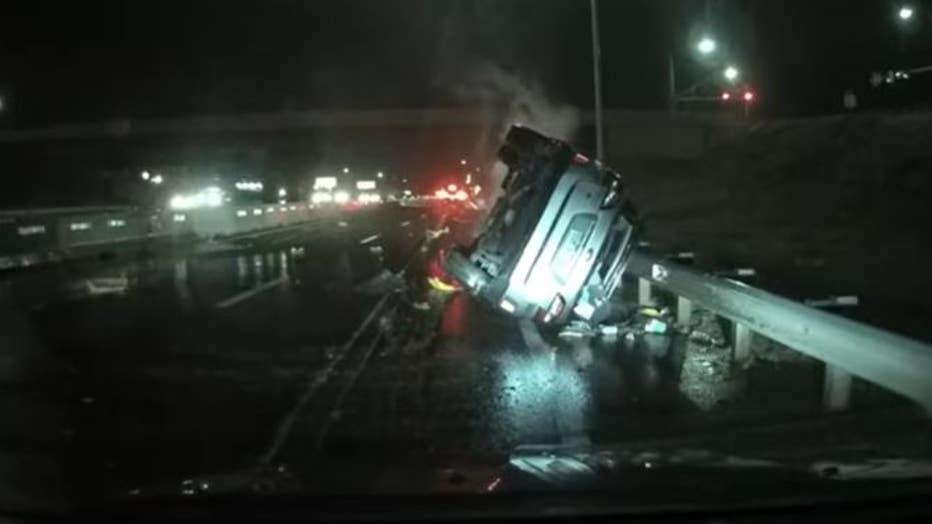 Video captured on dashcam shows crash into the water barrels in front of a concrete highway divider in Colorado. Credit: Jason Michael Bennett via Storyful.

Speaking to Storyful, Bennett said he stopped immediately to assist the driver, who was unharmed in the crash. Bennett activated emergency lights to alert other motorists and waited with the driver for paramedics to arrive.

A Colorado State Patrol representative said the water barrels are designed to lessen the impact of a crash and that they may have saved the driver’s life.