FDA warns of carcinogen found in diabetes drugs outside of US

An official from the Food and Drug Administration issued a statement announcing that impurities were found in a diabetes drug outside of the United States.

LOS ANGELES - An official from the Food and Drug Administration issued a statement announcing that impurities were found in a diabetes drug outside of the United States.

The FDA has been investigating the presence of genotoxic impurities, called nitrosamines, in some type of drugs. N-Nitrosodimethylamine (NDMA) is a nitrosamine. Metformin, a popular diabetes drug, was added to the list of medications possibly contaminated with NDMA outside of the U.S., while the FDA is still investigating whether the drug in the U.S. contains the impurity.

NDMA is a known environmental contaminant that is classified as a probable human carcinogen, meaning it could potentially cause cancer. It is also a common contaminant found in water and foods including cured and grilled meats, dairy products and vegetables, according to the FDA.

Metformin is a prescription drug used to control high blood sugar in patients with type 2 diabetes. 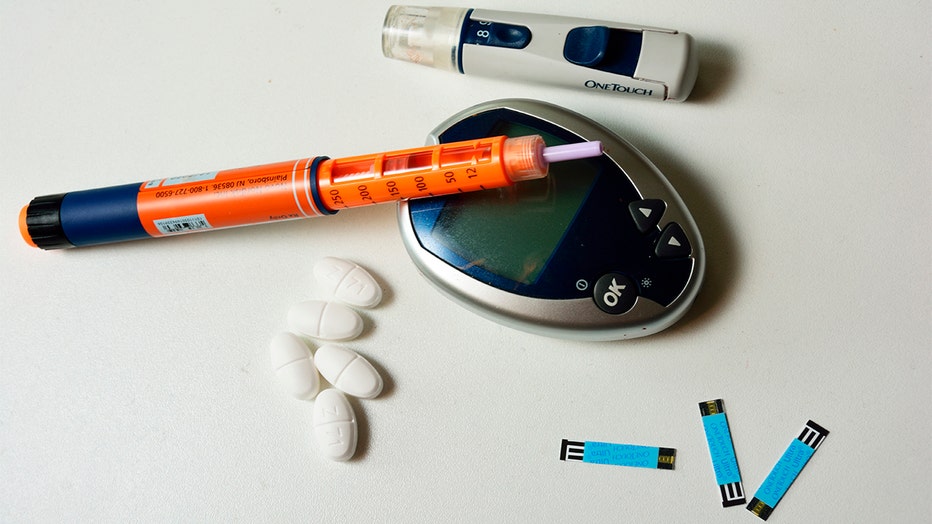 “The FDA recommends prescribers continue to use metformin when clinically appropriate, as the FDA investigation is still ongoing, and there are no alternative medications that treat this condition in the same way,” Janet Woodcock, M.D., director of the FDA’s Center for Drug Evaluation and Research, said in a statement.

The acceptable daily intake limit for NDMA in the U.S. is 96 nanograms, according to the statement.

“The FDA is aware that some metformin diabetes medicines in other countries were reported to have low levels of NDMA,” she said. “Based on the information we have available, the levels of NDMA seen outside the U.S. are within the range that is naturally occurring in some foods and in water. While we are aware that some regulatory agencies outside the U.S. may be recalling some metformin drugs, there are no metformin recalls affecting the U.S. market at this time.”

The FDA is currently investigating whether metformin in the U.S. market contains NDMA, and whether it is above the acceptable daily intake limit of 96 nanograms, the statement said.

“Today, we have better testing methods than ever before, and we know what to look for in products’ chemical structure and manufacturing processes that may increase the risk of forming low levels of nitrosamines,” Woodcock said.

“Improved technology enables us to detect even trace amounts of impurities in drug products and may be the reason why more products have been found to have low levels of NDMA,” the statement said. “The agency has strict standards for safety, effectiveness and quality, and our staff makes every effort to help keep the U.S. drug supply as safe as possible. We also work closely with international drug regulatory agencies so that we leverage resources and testing done outside the U.S. which can help inform testing of the U.S. drug supply.”

As the investigations and testing continue, the agency may find low levels of nitrosamines in additional drugs, according to the statement.

“Our investigations, including our current investigation of metformin, take into account the medical necessity of the drug, how many Americans may take it, and whether there may be alternative treatments available,” Woodcock said. “The American public can expect that we will act quickly to address any issue as soon as we find out about it.”

Over the past year and a half, several drug products, including angiotensin II receptor blockers (ARBs) and ranitidine, commonly known Zantac, have been found to contain small amounts of nitrosamines, such as NDMA.

In September, Apotex Corp. issued a voluntary recall of ranitidine tablets, a generic form of Zantac meant to treat heartburn, over concerns that the tablets may contain too much of a probable human carcinogen.

The recall was precautionary and was in response to findings from the U.S. FDA and other global regulators that some ranitidine medicines, including brand and generic formulations, contain low levels of the nitrosamine impurity, NDMA.

Those concerned about a product they have bought and/or used can check with the FDA’s list of affected products.