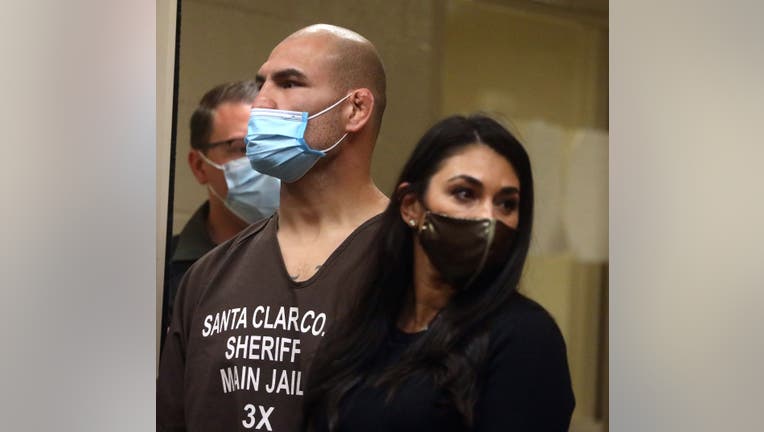 Cain Velasquez, center, is photographed with his attorney Alexandra Kazarian, second from right, during Velasquez’s first court appearance on an attempted murder charge at the Santa Clara County Hall of Justice on Wednesday, March 2, 2022, in San Jos

Santa Clara County Superior Court Sheylna Brown said that the "court is not ruled by community opinion at all….It is ruled by the law," a USA Today reporter wrote.

Brown added that what Velasquez did was a "reckless, disregard for human life," MMA Junkie tweeted.

Velasquez faces 10 assault and weapons charges that could result in more than 20 years of jail time.

He was denied bail in March and remains in custody at the Santa Clara County Main Jail.

Valasquez is being represented by high-profile attorney Mark Geragos, who had hoped to get his client out of custody on $1 million bail with electronic monitoring. He also suggested Velasquez suffers from a traumatic brain injury which may affect his impulse control.

The first time bail was denied, Geragos blasted the decision to keep his client in jail, while the suspected child molester was free.

"This is why people are disgusted - and rightfully so - with the criminal justice system," Geragos said. "We plan on vindicating Cain. We plan on getting Cain back to his family."

On Monday, Geragos told reporters outside court that the only real victim here is "Cain and his family."

"Are we worried about Cain Velasquez who is trying to vindicate and help his family?" Geragos said. "Or are we here to be a defender of the pedophile, or the alleged pedophile? We plan on vigorously defending this case."

Supporters with "Free Cain" signs flooded the courthouse steps. They say the lack of bail for Velasquez is frustrating, when the man he allegedly tried to kill was released, and allowed to wear an ankle monitor.

Former mixed martial arts champion Cain Velasquez was denied bail a second time on Monday after prosecutors charged him with trying to kill a man suspected of molesting a 4-year-old relative.

The family whom Velasquez harmed is not supportive at all.

Goularte was charged with one felony count of a lewd and lascivious act with a child under the age of 14. That child is related to Velasquez, though the exact relationship hasn't been made public.

Goularte was granted supervised release at his arraignment in February. He was on his way to get fitted for an ankle monitor with his parents when Velasquez allegedly chased him and his stepfather, and began firing at the car.

The bullets ended up wounding Goularte’s stepfather. The stepfather apparently suffered one gunshot wound, resulting in nerve damage to his arm, and he no longer has the use of three fingers. Goularte and his mother were not injured. 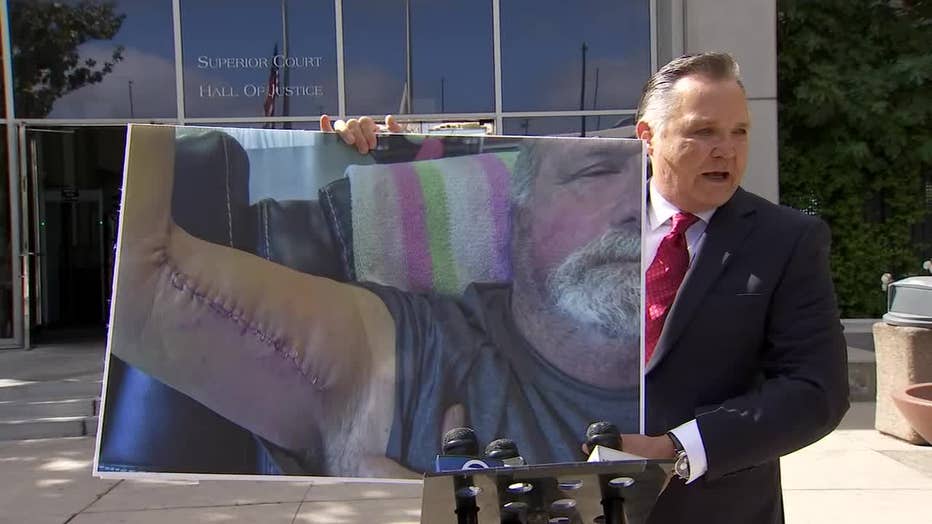 Patrick Steinfeld, an attorney representing the stepfather who was shot, said the family is fearful of Cain Velasquez.

Patrick Steinfeld, an attorney for the stepfather, spoke to the media outside court on Monday, saying Velasquez stalked the family and chased the stepfather at excessive speeds, crashing into his car and shooting him.

"The family is fearful of Cain Velasquez being released," Steinfeld said. "Cain Velasquez was a one-man wrecking machine, and they were scared to death," said Steinfeld.

"This is Paul Bender. On the day of the shooting, Cain Velasquez followed this family, stalked them and chased them at over 100 miles per hour," said Steinfeld, Bender's attorney.

According to Santa Clara County sheriff’s investigators and prosecutors, the child told their parents in February about being molested at a home daycare in San Martin run by Goularte’s mother.

But last month, he broke his silence on social media.

"To everyone that has expressed your support, my family and I will never be able to thank you enough," Velasquez wrote on Instagram. "From the bottom of our hearts and the depths of our souls, we are forever grateful for your love."

"If you're innocent until proven guilty, and they give him that option. No bail, zero cash bail? For what he did? How do you feel safe here," said Velasquez supporter Erica Trinchero.

Velasquez's next court date is June 10. 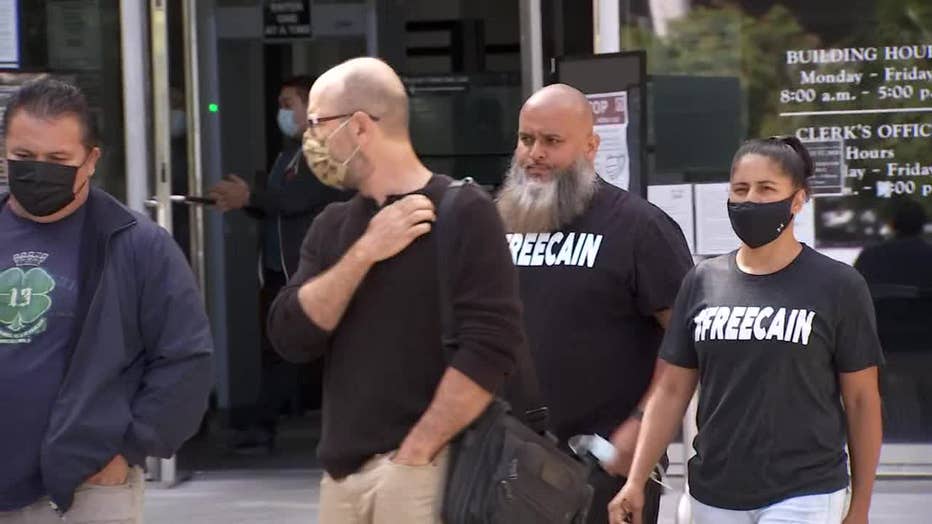