Three inmates at the Gwinnett County Adult Detention Center helps to save a deputy's life.

GWINNETT COUNTY, Ga. - Three inmates at the Gwinnett County Jail are being called heroes after they helped save the life of a deputy who suffered a cardiac incident.

According to the Gwinnett County Sheriff's Office, the inmates noticed the deputy appeared to not be feeling well as he conducted his security procedures in the jail's housing unit.

Mitchell Smalls, an inmate, said he thought Deputy Warren Hobbs was sleeping at first. Then, he noticed the deputy was acting strangely.

“Kinda was like laying back in his chair and just started [making noises]," Smalls said. 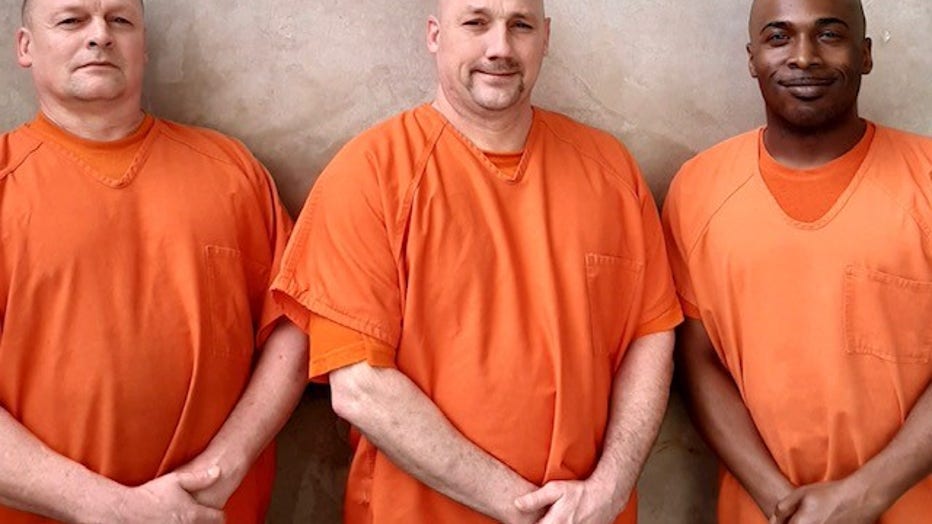 Deputy Hobbs then fell to the ground and was bleeding from his head. He appeared to be unconscious.

Smalls said he did the only thing he could do.

"Although they were locked in their cells, they kept an eye on him as he returned to his seat at the deputy desk, where he lost consciousness and fell onto the concrete floor, splitting his head open," the sheriff's office said on Facebook.

Soon, the entire unit with more than 60 inmates, started yelling and pounding on their doors. In the surveillance video, you can see the windows shaking from the heavy pounding on the doors.

It was that noise that likely brought Deputy Hobbs back from being unconscious. A spokesperson with the Gwinnett County Sheriff's Office said the deputy said the only thing he remembers is a noise that sounded like drums and people shouting "Deputy Hobbs."

Terry Lovelace, an inmate, said he could see the deputy regain consciousness and try to get up. 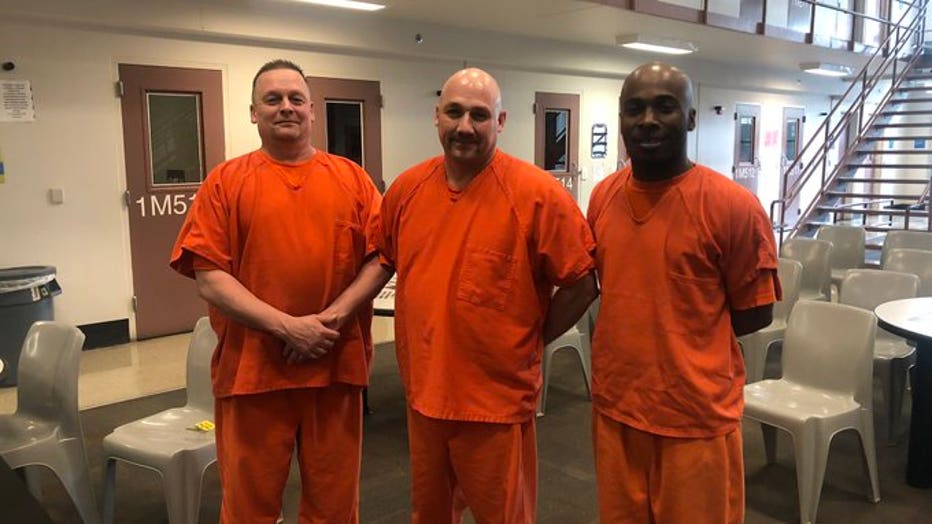 "Our deputy later stated that while he did not realize he'd been unconscious, he became aware of what sounded like pounding drums and could hear inmates shouting his name over and over. He immediately thought an inmate needed help and somehow managed to rise to his feet and press the control panel to open cell doors."

“He grabbed a hold of his desk and he was pulling himself up like this. It was sad because it didn’t look good at all but the man had fight in him to get up. As he came up I can make eye contact with him I’m like deputy Hobbs, Deputy Hobbs, please," Lovelace said.

Deputy Hobbs was able to hit a button to unlock Lovelace and Walter Whitehead's room. The two ran out of their cell, downstairs and to the deputy's side.

Whitehead grabbed the phone and Lovelace used the deputy’s radio to call for help.

Help arrived within seconds and took over.

The inmates spend 12 hours a day with one single deputy, so they develop relationships with them.

In this case, Lovelace and Whitehead could sense something was wrong even more the deputy went unconscious.

They say it's a relationship that looks beyond what uniform they're wearing and relies on mutual respect.

The three inmates all say this wasn’t about an inmate helping a deputy. It was just one person helping another who was having a serious medical emergency.

It scared me. I don’t care if it’s a police officer or whoever it was. I will do whatever I can to save a man. I don’t want anyone to die," Whitehead said.

Deputy Hobbs still under medical care but is at home. He said he’s thankful for the quick thinking of the three men.

The sheriff's office said the deputy survived the incident and is now recovering at home.

"These inmates came to his aid because our deputy, like most law enforcement officers, treats people with the dignity they deserve. These inmates had no obligation whatsoever to render aid to a bleeding, vulnerable deputy, but they didn't hesitate," the sheriff's office said. "Many people have strong opinions about law enforcement officers and criminals, but this incident clearly illustrates the potential goodness found in both."