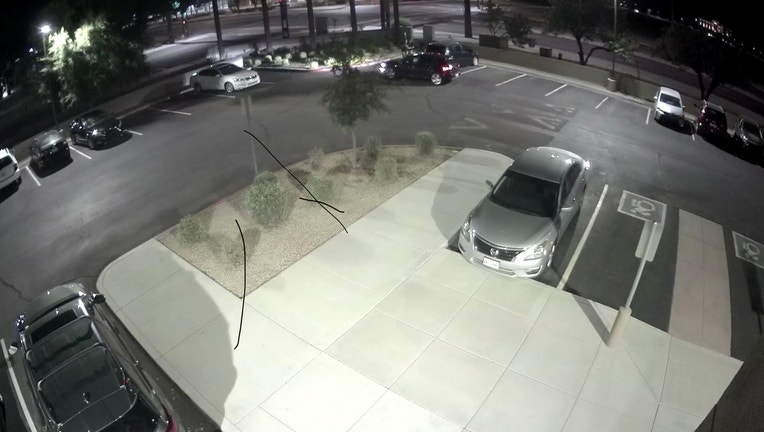 UPDATE: On July 26, Lisa Berry of the Goodyear Police Department stated,"The subject of the “possible kidnapping video” released yesterday has been accounted for and is safe. Detectives continue to interview persons of interest and another update will come out once more details are known."

Our earlier story is below:

GOODYEAR, Ariz. -- Officials with the Goodyear Police department say they are investigating an incident that was captured by a surveillance camera during the early morning hours of July 25.

In a statement, police say the incident happened near Litchfield Road and Interstate 10. At around 2:00 a.m. on July 25, a business in the area called police to report a suspicious incident that was captured by a security camera.

Investigators say video from the surveillance camera shows a woman, possibly Hispanic, walking along Litchfield Road as a car followed her while traveling through a business parking lot.

"A male driver exited the vehicle, approached the female on the sidewalk, grabbed her from behind, lifting her off the ground as she resisted him. The male carried the female to the vehicle and placed her in the front passenger seat, then drove away," read a portion of the statement.

Police investigators identified the car as appearing to be a black four-door hatchback of unknown make or model. Police did not release detailed description of either the woman or the suspect.