PHOENIX - A federal judge is deciding the future of a $10 million wrongful death lawsuit against the city of Phoenix and several police officers.

The family of a Phoenix man who died in 2017 after a struggle with several officers is also calling for the officers to be fired and prosecuted.

On January 2017, 43-year-old Muhammad Muhaymin, Jr. was killed after Phoenix police officers tried to arrest him.

Body camera footage shows Muhaymin on the ground face down with several officers on top of him, holding him down. He went into cardiac arrest and died.

"I can't breathe," Muhaymin can be heard saying in the body camera video.

His family is fighting for justice, and after a hearing today, a federal judge is now weighing the fate of a multi-million dollar lawsuit.

The lawsuit alleges that Phoenix officers used excessive force by putting their weight on Muhaymin, causing him to go into cardiac arrest and vomit, leading to his death.

"There should be some consequences for the officers," said Mussallina Muhaymin, Muhammad's sister. "Just like Chauvin was found criminally responsible in the death of George Floyd, I want to see that happen here in Phoenix in my brother’s death as well."

"The ideal situation would be to reopen this investigation, and preferably, it can have an impact so no one has to go through this anymore," Mussallina said. "This has been a long four years and there have been no consequences, so I want to see change.

A federal judge heard arguments from both sides Tuesday, and the court proceedings have been sealed. A ruling is expected that will determine whether the case will go forward or be dismissed.

"He died through no fault of his own," said family attorney Haytham Faraj. "So we want accountability. We want to scream to the world that this man should not have died that day."

Faraj says the U.S. Dept. of Justice may look into the case.

"We heard from the attorney general’s office that they might be interested in speaking with Mussallina about the case, and perhaps that’s where we get justice," the attorney said.

Current Maricopa County Attorney Allister Adel tells FOX 10 that if a law enforcement agency were to submit the case now for a second review, then prosecutors would take a look at any new facts or evidence to determine if ciminal charges against the officers are warranted.

The Phoenix Police Department released a statement regarding the case:

The Phoenix Police Department respects the voices of our community and understands how difficult the loss of life is for our community and our officers. As you are aware this case continues to be litigated and therefore no additional statements will be made. 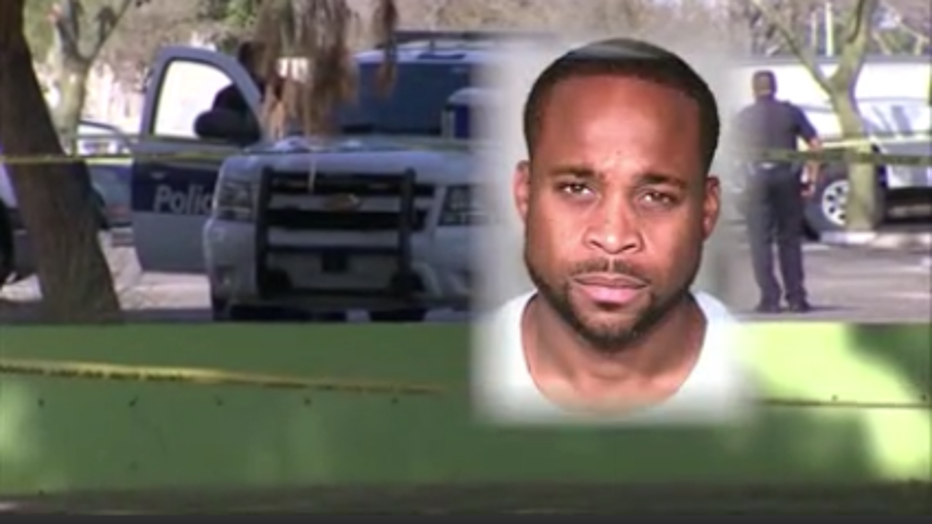 Police make arrest in Arizona in 1988 slaying in Alabama

Three adults and a baby were critically injured in a three-car crash with a Phoenix city bus near 40th Street and McDowell Road on Monday night.

The Glendale Police Department is investigating an officer-involved shooting that happened near 59th and Northern avenues following an in-progress burglary call.