Nazi symbols visible from a school

Don't ask William Stark to take down his paintings of Confederate symbols and swastikas.

DES MOINES, Iowa - A homeowner living next to an elementary school in Iowa is facing backlash for painting Confederate battle flags and swastikas on pallets around his property. The symbols are clearly visible from the school.

"It's a free country," William Stark said. "I'll put it out there if I want to."

He added that people shouldn't construe the painted pallets as racist.

But Morris Elementary in Des Moines disagreed and released a statement denouncing Stark's display. School officials say the students, who are about 60% nonwhite, see the symbols when arriving and leaving the school and even from the playground.

Meg Viola, a school parent, said the swastika is a symbol of white supremacism and is racist, offensive, and disgusting.

"It'd really be nice if they just take the stuff down," Viola said.

But Stark said he has no plans to do so.

City officials labeled his property a nuisance earlier this year.

"What they have posted out there is not teaching our children to be inclusive and to love everyone," Viola said. 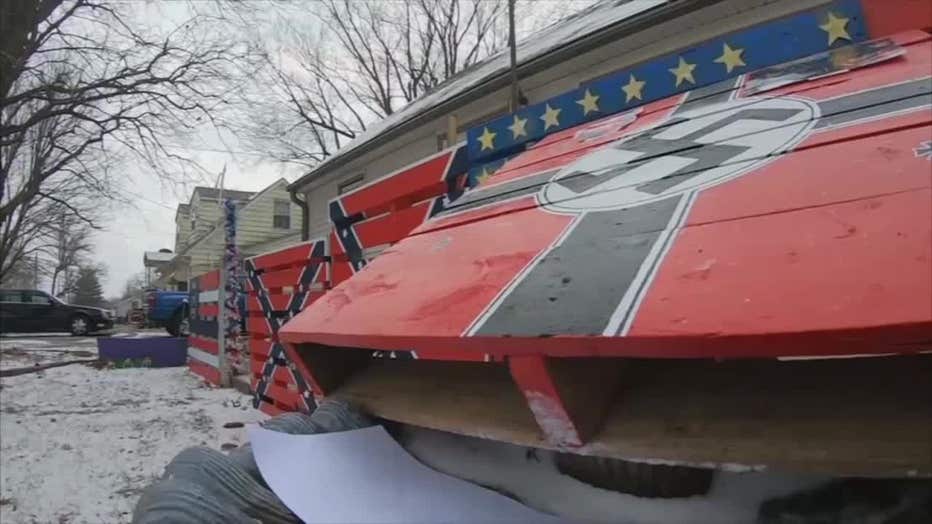