WASHINGTON - A Kansas man, who called President Joe Biden the "AntiChrist" and threatened to kill him, has been arrested and charged.

According to court documents filed in the U.S. District Court of Maryland, Scott Merryman told special agents via phone that he had been asked by God to travel to Washington, D.C. to "lop of the head of the serpent in the heart of the nation."

Merryman, a construction company owner, denied that the serpent was the President of the United States, but stated that he had information about the Book of Revelation that he was being instructed by God to give to the President.

On Jan. 26, Merryman proceeded to drive from Independence, Kansas, to Hagerstown, Maryland where he was intercepted by the Secret Service in a Cracker Barrel parking lot.

Court documents state that when specifically questioned on why he was heading to the White House, Merryman said that people were "fed up with the divisiveness in the country and to turn back to God or go to hell."

He also made numerous comments about God, being guided by God, cloaked in the "blood of the lamb," and armored by God.

Special agents found a loaded magazine -- containing three rounds of .45 ammunition -- in Merryman's possession, and a spotting scope in his backpack.

Merryman claimed God told him to bring the ammunition and offered no other
explanation. He denied possessing a weapon and said the rounds belonged to a Ruger 1911,  and he claimed to no longer have.

At some point during the course of the conversation, Merryman stated, "Well, I have a bullet with your name on it" and "I’m coming for you bitch, I’m coming to cut the head off the serpent in the heart of America."

From Jan. 25 through  Jan. 27, authorities found that Merryman had posted a series of posts threatening the president on his Facebook page. 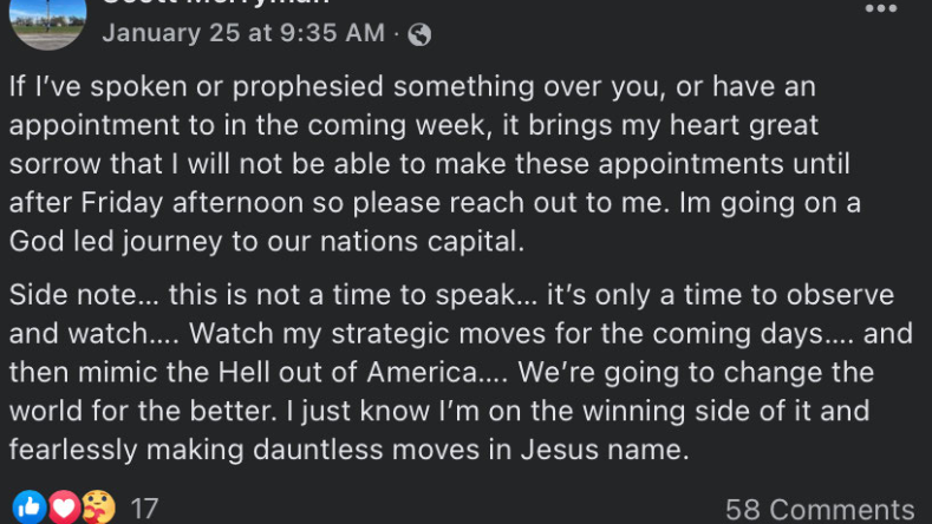 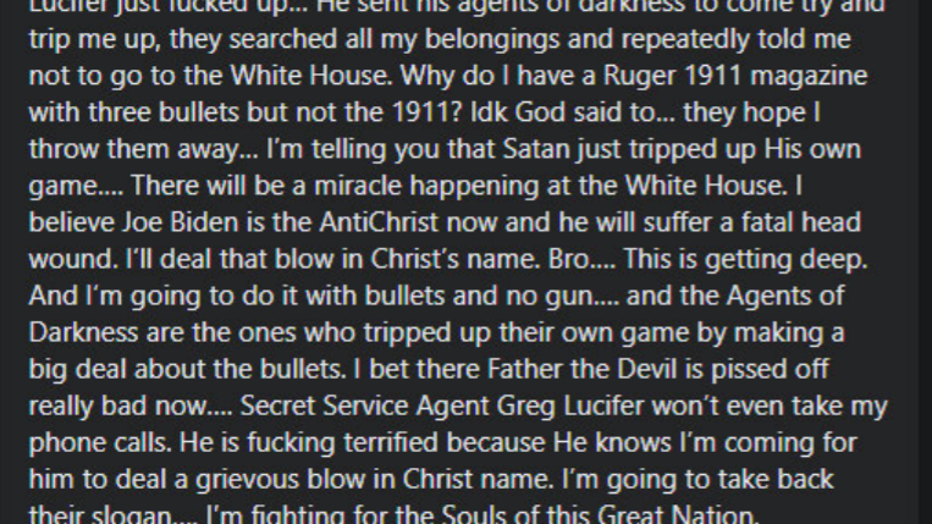