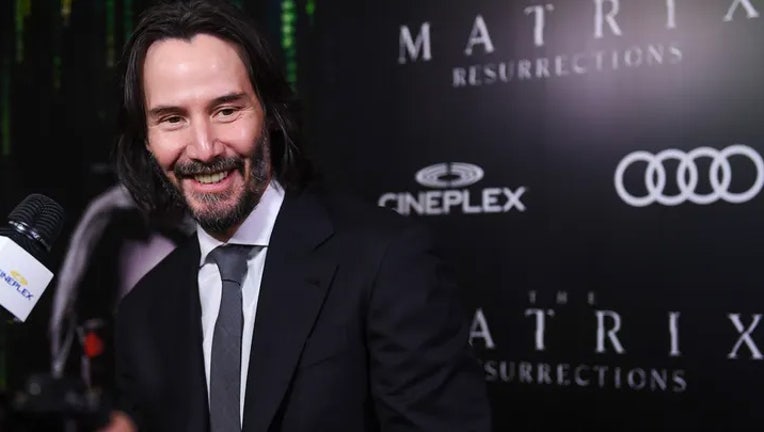 Keanu Reeves always seems willing to prove he is one of the kindest, most genuine actors in Hollywood.

In the most recent case, a TV producer tweeted on Monday that he was on the same flight as the "Matrix" actor from London to New York City and while the passengers were waiting at baggage claim, a young boy asked Reeves for an autograph.

He not only happily obliged, but then also answered all of the boy’s "rapid-fire" questions about where he had been and if he liked to race cars and what he was doing with his time in the Big Apple, Andrew Kimmel wrote in the now-viral tweet thread.

"Why were you in London?" Kimmel said the kid asked.

KEANU REEVES IS ‘EMBARRASSED’ BY HIS FORTUNE, GIVES MONEY AWAY, HIS FRIEND SAYS

"I saw online you were at the Grand Prix," the boy said.

"Yes, the Grand Prix F1! Race cars!" Kimmel wrote that Reeves didn’t correct the boy after he pronounced the "x" in Prix.

"Do you drive?" the boy asked.

"Not F1, but I like riding motorcycles," the actor told him.

The conversation continued, Kimmel wrote, with the fan asking him how long he would be in New York and what he would be doing with his time. Reeves said he planned to see the Broadway show "American Buffalo."

Kimmel said that after the kid ran out of questions for him Reeves began to question the boy, asking him what he had been doing in Europe and what museums he had seen while there.

"The man could not have been nicer, especially after an international flight," Kimmel added. "I thought I’d share this because the dude is a class act and little moments like this can make such a big difference in people’s lives. We need more Keanus!"

The boy, later identified Alex Katsanos, 14, told Entertainment Tonight on Thursday that he thought he recognized Reeves when they boarded and spent the entire flight wondering what he would say to him if he got the chance. He said he even did a little online research on the plane to see if the actor had been reported in Europe recently.

"I saw that he was spotted at the Grand Prix," Katsanos said. "That made me more confident that was Keanu Reeves on my flight.""I was genuinely interested in what he had done in London and what he was doing in New York," the 14-year-old said of the questions he asked the star. "I went to London because I recently graduated middle school and this was my graduation gift and when I was in London, I saw a couple musicals and shows there and this gave me more things to speak to Keanu about as we discussed the shows I saw, and it ends up he was in New York to see a Broadway show. It was great when he started asking me questions as well." 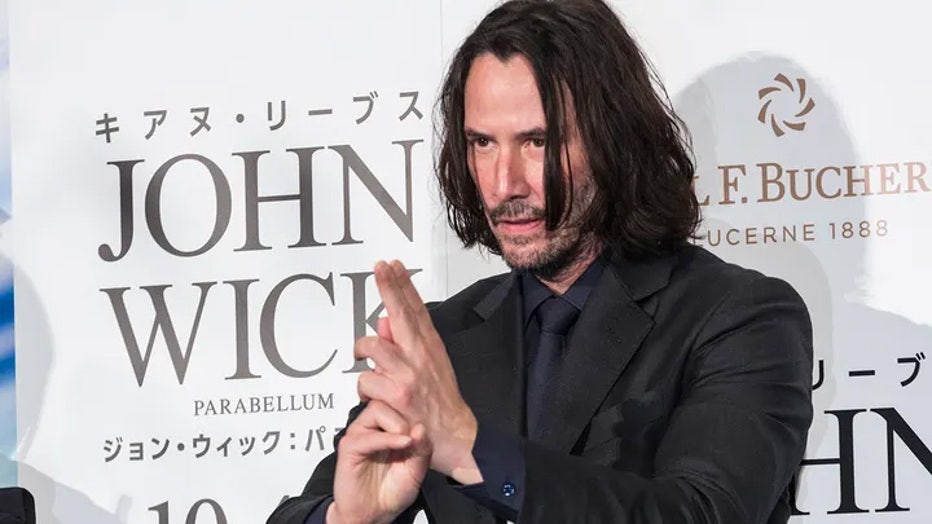 He admitted he was nervous about approaching the movie star and never expected they'd end up in a 10-minute conversation.

"He was very nice and we had a great conversation for around 10 minutes while we were waiting for our luggage," Katsanos told ET. "I still can't believe I not only got the chance to see him but to have a conversation with him and get his autograph. This is a once-in-a-lifetime thing and it was incredible."

Reeves has been called out for his kindness multiple times before, including giving away much of his millions, according to a friend, who said the "Speed" actor is "embarrassed" by his wealth.

"Keanu’s given away a lot of money and done a lot more for people than most will ever know," a family friend told The Post. "He knows how lucky he is. Unlike many Hollywood mega stars, he never takes any of this for granted."

In 2019, Reeves reportedly stopped to leave a sweet note in a fan’s yard while driving to the set of "Bill and Ted Face the Music" in Louisiana.

The actor was in the car with writer Ed Solomon when they saw a yard sign that said, "You’re breathtaking!," a moment that became viral from the E3 video game conference that year when Reeves yelled it to the audience after a fan yelled it to him, People reported.

"Keanu jumped out of the car and did this," Solomon tweeted. Reeves wrote on the sign, "Stacey, You’re Breathtaking!" and autographed it.

But that wasn’t all. The star also took the time to take photos with the sign owner’s family before heading on to the movie set.