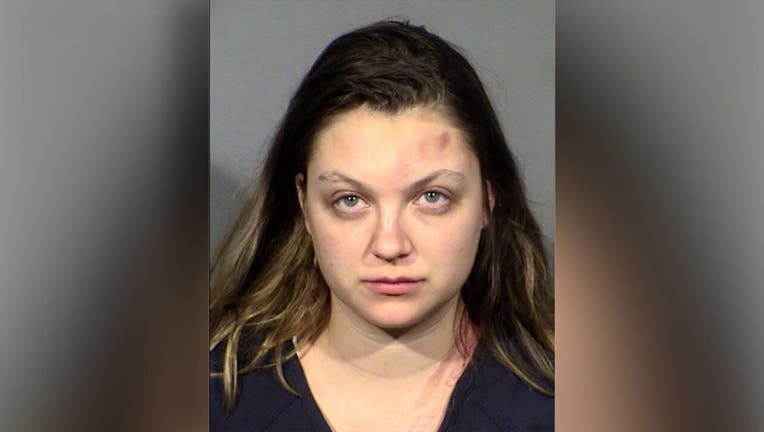 LAS VEGAS, nev. - Las Vegas police say a mom who was drunk was going 121 mph moments before a collision that killed her 1-year-old son, according to a report.

The crash happened Sunday evening and callers to police reporting the crash said the baby was thrown from the car and showed no signs of life, Fox 5 Las Vegas reported.

The station identified the baby as Royce Jones.

Mom Lauren Prescia, 23, of Las Vegas, was facing multiple charges including DUI resulting in death, felony reckless driving and abuse, neglect or endangerment of a child, according to the station.

Prescia was behind the wheel of a 2020 Hyundai Sonata when she struck a 2011 Nissan Sentra being driven by a 36-year-old woman who suffered minor injuries, police said in a news release. The Nissan was making a turn at the time.

Officers on scene said she had bloodshot eyes and smelled strongly of alcohol, according to the station citing the arrest report.

A man at the scene who said he was the baby’s father told police that before the crash Prescia said she would beat him home, then began speeding, the station reported.

He told police that after the crash he ran to his son who was still in his car seat.