HATFIELD, Mass. - Video captured shocking footage of the aftermath of a lightning strike that left a massive and smoking hole in the ground this week in a rural Massachusetts town.

Scattered thunderstorms produced heavy lightning and rain across parts of the state. Footage shared by Janna Brown, a Western Mass News meteorologist, showed the impact a lightning strike could have on the pavement.

The lightning bolt hit a street Tuesday in Hatfield, located about 100 miles west of Boston. The strike left a 6-inch deep, 10-inch wide hole that had smoke billowing from it, surrounded by pieces of asphalt. 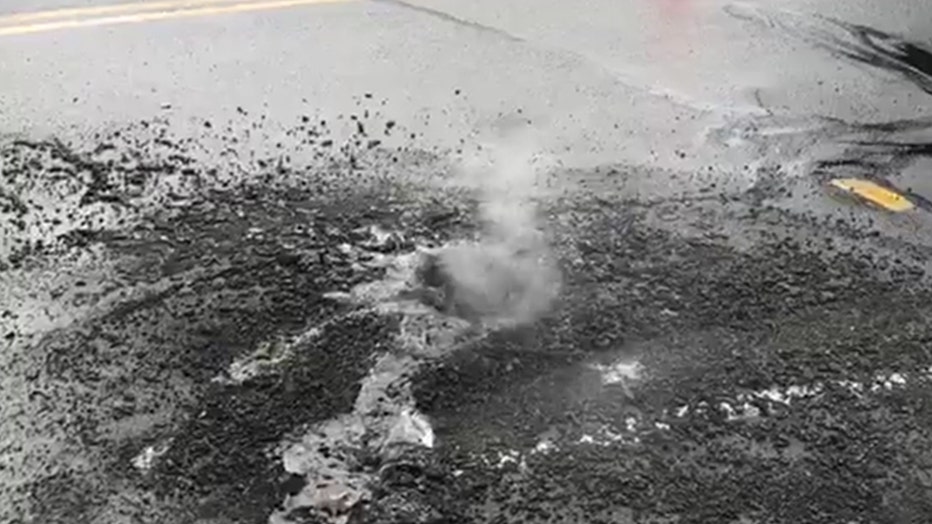 One neighbor who lived near where the lightning struck called 911 after a nearby telephone pole caught fire, local news media reported.

No one was injured but neighbors told local media that the smell of tar lingered long after the lightning strike.

According to The Weather Channel, Hatfield should not expect any severe weather for the remainder of the week.