On Tuesday, President Joe Biden signed the Inflation Reduction Act into law and it includes the most substantial federal investment in history to fight climate change — some $375 billion over the decade — and would cap prescription drug costs at $2,000 out-of-pocket annually for Medicare recipients. It also would help an estimated 13 million Americans pay for health care insurance by extending subsidies provided during the coronavirus pandemic.

"Despite continued macro uncertainty, we remain confident in the long-term strength of the home improvement market and our ability to take share," Marvin R. Ellison, Lowe's chairman, president and CEO, said in a news release. "I'd like to thank our associates for their continued hard work and dedication."

A spokesman for Lowe’s said the bonuses will be paid on Sept. 9, though the company didn’t say how much each employee will get, according to The Washington Post. The announcement comes after Lowe’s second-quarter profit beat Wall Street forecasts.

"I am pleased that our team drove operating margin improvement and effectively managed inventory despite lower-than-expected sales – a clear reflection of our relentless focus on operating discipline and productivity," Ellison said.

It’s not the first round of employee bonuses for Lowe’s, which employs about 300,000 people and operates more than 2,000 stores.

While some measures of the economy are strong, inflation remains at a level not seen since the early 1980s, and consumer confidence is falling. In response to high consumer and wholesale prices, the Federal Reserve has been raising interest rates aggressively in hopes of taming inflation while not causing too much economic damage. 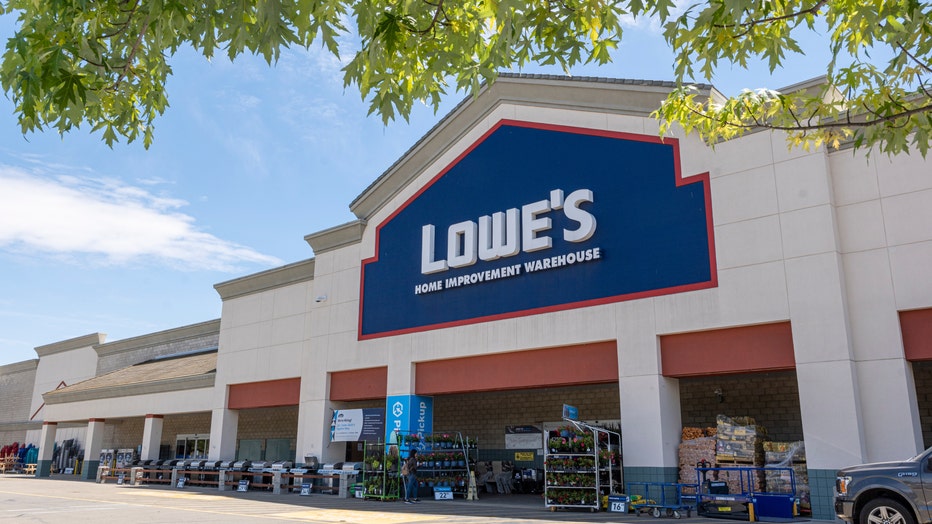 A Lowe's store in Livermore, California, US, on Wednesday, May 11, 2022. Photographer: David Paul Morris/Bloomberg via Getty Images

"Whether we are in a recession or not is really not the important thing. It’s what it feels like for the people going through this," Bank of America CEO Brian Moynihan told The Associated Press in a recent interview.

Moynihan cited two major issues negatively impacting average Americans — gas prices and rent — as reasons to be concerned. The national average for a gallon of gasoline ballooned to just over $5 in June before falling back below $4 last week. Moynihan appeared more concerned about the rising cost of rents, tend not to fluctuate like gas prices.

"Gas prices are coming back down, but rents are going up 10, 12, 15 percent. And rent can end up taking 40% of these households' income," Moynihan said. Rent accounts for about one-third of the government’s Consumer Price Index, which showed a year-over-year increase of 8.5% in July.

According to a study conducted by The Hustle, inflation is also having an impact on family fun. Traditional family outings have " increased in cost at 2-3x the rate of inflation," the study says. In addition, the study - which compared family outings in 1960 to today - concluded that "American families have to work up to 2x as many hours as they did 60 years ago."