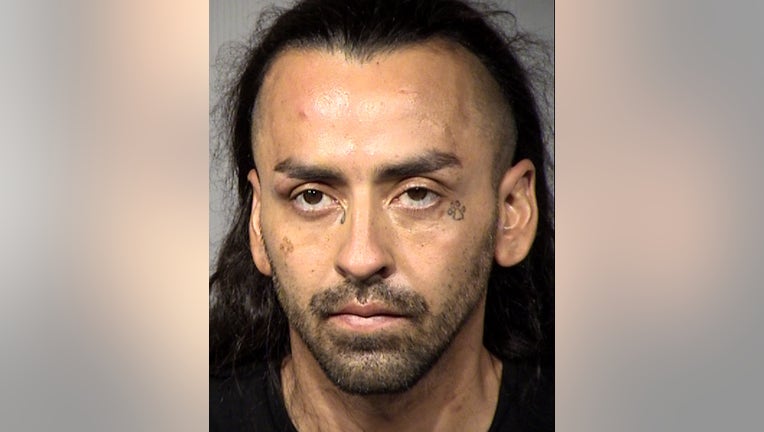 PHOENIX - A man has been arrested on suspicion of child abuse after his children were found alone in a hotel room, police said.

On July 18 just before 6 a.m., officers responded to a welfare check of four young children at the hotel located near 7th Avenue and Indian School Road.

According to investigators, 33-year-old Mark Armenta told officers he was only gone for 15 minutes early Saturday morning to get food.

Police say the 3-year-old boy had visible injuries on nearly all areas of his body, including numerous scratches and bruises, a scab on his forehead and a large scab on his back near a shoulder blade.

When asked about the 3-year-old child’s injuries, police said Armenta told officers the boy's forehead swelling was due to him falling off the counter and the scratches and bruises were caused by the 1-year-old child biting him.

But police said three of the children were interviewed by investigators and allege they were spanked by both their parents.

According to the police report, Armenta was "interviewed and admitted to spanking his children and roughhousing with them, but denied causing any injuries to the 3-year-old."