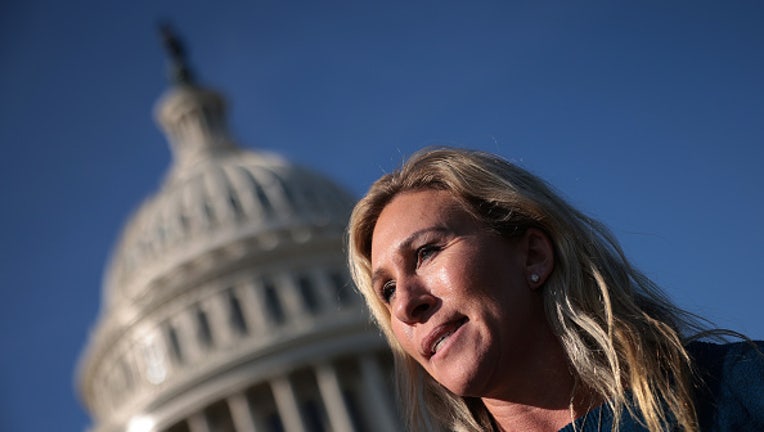 Greene said Mace is "not conservative" and challenged the legitimacy of Mace's pro-life stance.

Mace defended herself in multiple quote tweets, one using emojis to describe her feelings towards Greene.

Boebert was filmed telling supporters in Colorado she was getting in the elevator with a staffer when she saw a Capitol police officer running toward them "with fret all over his face" trying to stop the elevator door from closing.

"I look to my left and there she is: Ilhan Omar. And I said, ‘Well, she doesn’t have a backpack. We should be fine,’" Boebert said, sparking cheers. "I looked over and I said, ‘Oh look, the jihad squad decided to show up for work today.’"

Omar released a statement saying she accepted a phone call from Boebert Monday. Omar said she was hoping for an apology from Boebert but ended the call once she realized Boebert wasn't going to offer one.