Missing Becker, Minnesota boy thanks dog who kept him safe, 600 volunteers who helped search for him

A 6-year-old boy who went missing after school in Becker, Minnesota Tuesday thanked his dog, Remington, for helping keep him safe until he was found as well as the more than 600 volunteers who helped search for him.

(FOX 9) - With the help of over 600 volunteers and one drone operator, officials in Sherburne County say the 6-year-old boy who went missing Tuesday afternoon near Becker, Minnesota was found early Wednesday. He was located about a mile and a half from his home with his dog, Remmie.

According to the Sherburne County Sheriff's Office, a 6-year-old boy named Ethan went missing 4:10 p.m. Tuesday. He got off the school bus with his siblings near Highway 25 and County Road 16, ran off to play with the family dog, and could not be found.

Authorities located Ethan around 1:50 a.m. about a mile and a half from the family's home. He was with his dog Remington (Remmie), an 8-year-old Brittany Spaniel. He was checked out by paramedics and taken to the hospital for evaluation. Ethan was cold, but in good heath otherwise.

Ethan was found in a cornfield with the help of a drone using heat-seeking technology operated by Steve Fines of Fines Imaging.

"This truly was the epitome of a community caring for its own," Brott said in a press release. "To see the outpouring of support in such a short time period to come out and help find this boy and his dog is heartwarming." 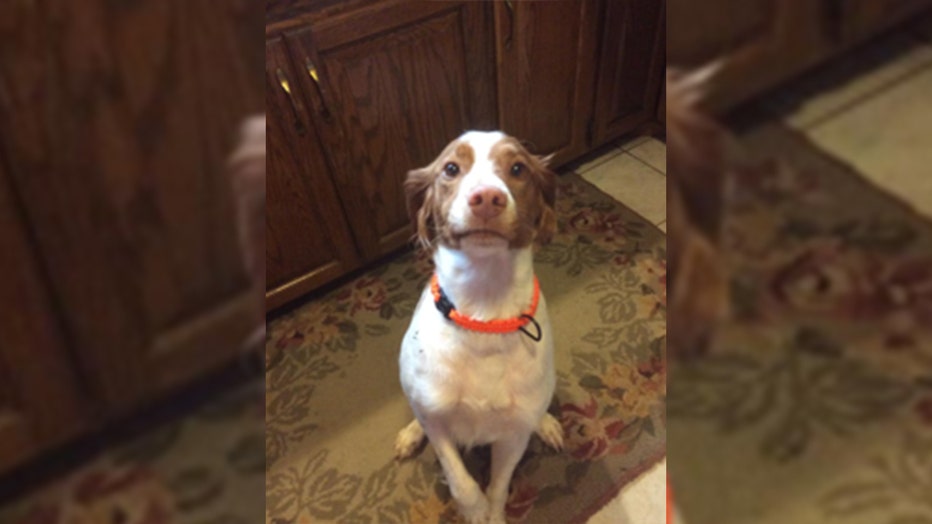 Ethan's father told FOX 9 they still aren't sure how he got lost, as he's never left their yard before. Ethan returned home from the hospital at 5 a.m. Wednesday and is doing fine. His temperature was down a bit when he was found, but he was otherwise in good condition.

Missing Becker, Minnesota boy thanks dog Remmie, over 650 volunteers who helped search for him

Ethan Haus, 6, who went missing Tuesday night after going to play with his family's dog, Remmie, thanked the dog for keeping him safe as well as the more than 650 volunteers who helped look for him.

"This is a fantastic ending! It was great to see Ethan smiling last night as searchers became cheerleaders," Becker Schools posted on Twitter early Wednesday. "The outpouring of volunteers and trained professionals that flocked to the scene was incredible."