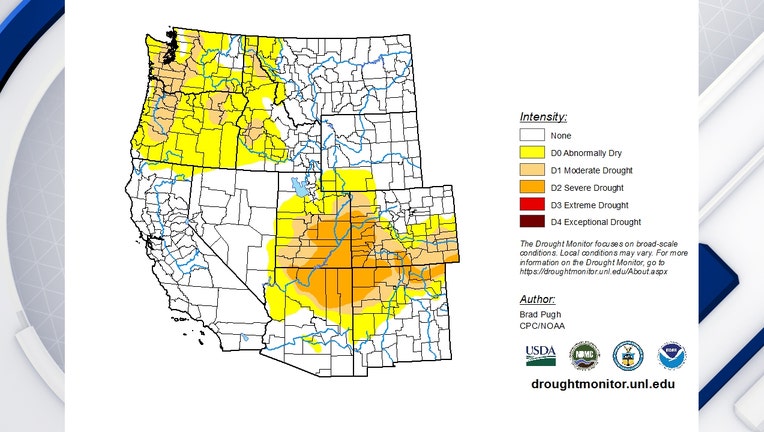 ALBUQUERQUE, N.M. - Drought has yet to give up its hold over parts of the southwestern United States despite a series of storms that have brought rain and snow to the region in recent weeks.

The latest federal map shows a pocket of moderate and severe drought centered over the Four Corners region — where Arizona, New Mexico, Colorado and Utah meet.

Despite the continued dry conditions, forecasters say things are better than they were last year at this time when exceptional and extreme drought — the worst categories — had set in. Over the last three months, parts of southern Arizona and New Mexico recovered but portions of Utah and Colorado dried out.

Overall, officials say average moisture levels resulting from snowfall are above normal across Arizona, New Mexico and Utah despite precipitation deficits that have accumulated over the last six months.